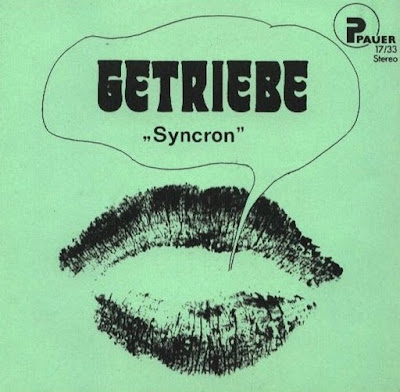 
The German band from Hanover (1971-75), the head of which was the future guitarist and keyboardist "Eloy" - Detlev Schmidtchen (born 16 October 1954). Since 1970, he played guitar in a school band. A year later founded the "GETRIEBE" in Hanover (ie. E., "Transmission"), winning in 1975 the festival "Pop 75" in Niedersachsenhalle. The winner received the right to record the EP on a small label and the opportunity to dine with the guests of honor of the festival, from compatriots "Eloy" group. This meeting decided the fate of the team, knocking her out of the cornerstone for ... "eloytsev" is a great acquisition were not only the author's ability to Detlev Schmidtchen, but also his ability to master the two instruments.
Ways of other participants dispersed, not all of them continued their musical career. Drummer Rob Perotti went to the "Lady".