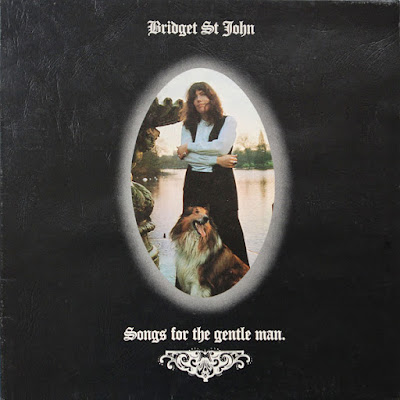 
On her second album, Bridget St. John expanded her arrangements from the acoustic guitar of her previous effort considerably, with the aid of producer Ron Geesin. While these took the risks of sometimes bathing the songs in too much fruitiness, in general the added cellos, flutes, bassoons, violins, horns, and backup voices did much to add welcome spice to a sound that had gotten a little numbingly similar over the course of her debut. The songs, too, were a little more playful and melodically interesting, though they retained the reserved, even-tempered pastoralism of her prior work. She still sounds like a challenge to raise either a smile or a frown out of most of the time, like a hermit determined to stay out of the city at all costs. It's pleasant if not penetrating rainy-day folk/Baroque, breaking out of that mood with "Seagull-Sunday" (which certainly sounds influenced by Joni Mitchell) and Donovan's "The Pebble and the Man" (with some almost comically eccentric, operatic male backup vocals). She never sounded more like Nico than she did on the too-short 42-second closer, "It Seems Very Strange," with its doom-struck harmonium. [This and her first album, Ask Me No Questions, were combined onto one CD by See for Miles in 1994, and it was also re-issued by itself on Cherry Red in 2005.]