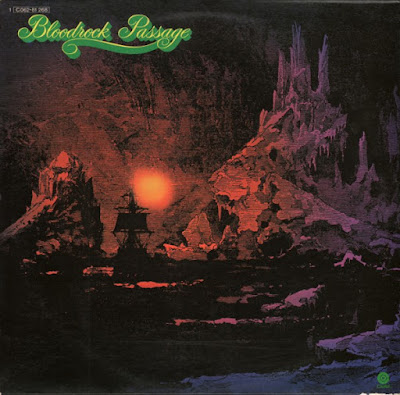 By the time of the release of this, their 6th album (sometimes confusing because it was released prior to the live LP, their 5th, which was recorded earlier), former band leader and vocalist Rutledge had departed, sparking a reshuffling of personnel. This, in turn, yielded a rather substantial change in sound. Much less heavy, and considerably more commercial, they now sound very similar to Kansas, featuring extensive use of keyboards and synthesizer. They seriously should have considered a name change for this one, as trying to take advantage of their fan base by retaining the name probably worked against them. Still decent, just not what Bloodrock fans (up to this point) had come to expect.

Good, but not in the same league as their earlier works. Here Bloodrock has mostly dropped the nascent Doom Rock they invented and are well on their way to becoming just another Progressive Rock band. It's a shame really. If Capitol has spent even one tenth the money on Bloodrock that they spent on their stablemates Grand Funk Railroad I am firmly convinced they'd have been one of the biggest bands of the era.