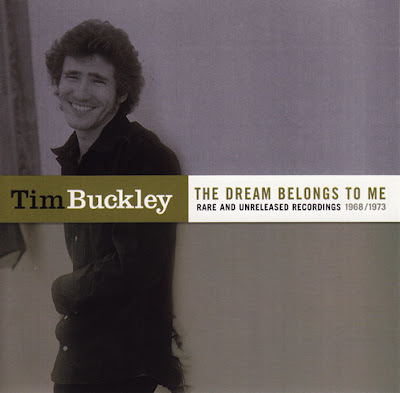 Tracks 7 to 14 are previously unreleased.


The folks at Manifesto have done an excellent job in keeping the music of Tim Buckley on the market over the past ten years, even going so far as to release three highly revealing new discs of live recordings. Nicely bookending Buckley's most productive years, The Dream Belongs to Me continued that streak. Split between two 1968 demo sessions and a similar tracking date from 1973, the music contained illustrates that quite a lot had happened to Buckley in the intervening years, both personally and musically. Included from the March and June 1968 tapes, previously released on an Internet-only offer, are working versions (and arguably better in some respects) of "Song to the Siren," "Buzzin' Fly," and the superior "Sing a Song for You," tunes that would see official release in much more developed form on mid-period Buckley albums like Happy Sad, Starsailor, and Blue Afternoon. From February 1973 came tunes of a much different pedigree. Gone was much of the wistful folksiness that marked Buckley's early tunes and the jazzy experimentation of his mid-career records, replaced by an obviously concerted effort to make more commercial music. Working versions of four songs from the album Sefronia are augmented by never-before-heard tunes "Falling Timber" and "The Dream Belongs to Me." While these tunes are interesting enough (even with a wildly phased guitar effect that gets a tad annoying), it is depressing to hear Buckley forcing himself to resolve the eclectic exploration he wished to continue with the pop-oriented material his record company was strong-arming him into doing at the time. The fact that his final album was titled Look at the Fool (self-directed no doubt) speaks volumes.