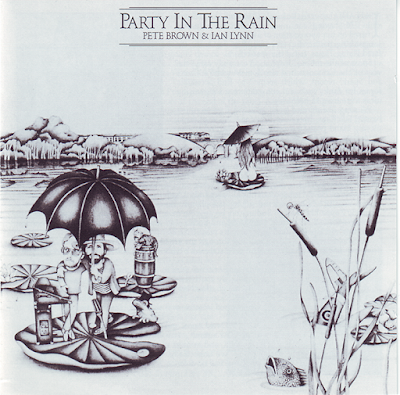 Pete Brown is perhaps best known for his song writing collaborations with Jack Bruce for both Cream and for Jack's solo albums. His lyrics for such classic songs as White Room, Sunshine of Your Love, Politician and I Feel Free have been hits for both Cream and artists such as David Bowie and Belinda Carlisle. These songs still feature as the highlights of stage shows by both Eric Clapton and Jack Bruce and have been used in soundtracks for such regarded films as Goodfellas and True Lies.

Pete Brown began his career as a professional poet in 1960, performing regularly with others such as Mike Horowitz (with whom he formed The New Departures poetry and jazz group). Highpoints in this period included Brown and Horowitz representing Britain at the Paris Biennale in 1961 and performances at The Royal Albert Hall in 1965 and 1966 with William Burroughs, Allen Ginsberg and Robert Creeley.

Always a lover of jazz and blues, Pete was a regular feature of the burgeoning British Blues and R&B scene of the mid-Sixties. His friendship with pioneer Graham Bond led to him collaborating with both Graham and members of The Graham Bond Organisation; Jack Bruce, Ginger Baker and saxophonist Dick Heckstall-Smith. When Ginger Baker formed Cream with Jack Bruce and Eric Clapton in 1966, Pete was invited to collaborate on original material by Baker. Although the Baker / Brown partnership failed to bear fruit, Pete established a very productive partnership with Jack Bruce that was to continue throughout Cream's existence and into Jack Bruce's solo career.

Pete's first group was The First Real Poetry Band which featured John McLaughlin on guitar. Although the band recorded a series of demos for Polydor, a record deal was not forthcoming. Brown's first foray on vinyl was with The Battered Ornaments (featuring Chris Spedding on guitar) on the single The Week Looked Good on Paper in early 1969. The Ornaments were one of the earliest signings to EMI's progressive label Harvest and recorded the album A Meal You Can Shake Hands With in the Dark before Pete departed the group on the eve of their support slot on The Rolling Stones legendary Hyde Park concert in July 1969.

Upon leaving Battered Ornaments, Pete formed the band Piblokto! and recorded two excellent  albums for Harvest, (Things May Come and Things May Go, But The Art School Dance Goes on Forever and Thousands on a Raft) and several singles including Flying Hero Sandwich. Piblokto! were a popular attraction on the concert and festival circuit, particularly in France where the band attained chart success in both the single and album listings. The classic Piblokto! song Thousands on a Raft still features in Pete's live set to this day.

With Piblokto! folding in 1971, Pete Brown formed the outfit Bond and Brown with Graham Bond recording the excellent Lost Tribe EP and the album Two Heads are Better Than One.

Bond's erratic behaviour led to the band disbanding in 1973. Pete then worked as an A&R man for Deram records and recorded the highly regarded poetry album The Not Forgotten Association for the label and the unreleased single Night's in Armour / Barbed Wire Night Dress which featured contributions from Jeff Beck and Jack Bruce.

During this time Pete had also written extensively for Jack Bruce on the highly regarded  albums Songs For a Tailor, Harmony Row, Out of the Storm, How's Tricks and Jet Set Jewel (recorded in 1978 but unreleased until 2003 by Universal Music).

Pete,s last album in the 70,s was Party in the Rain with Ian Lynn. The advent of the Punk Rock explosion led to Pete opting to retire from performing and saw his energies diverted into screenplay writing alongside his lyric composition. In the 1980's Pete returned to performing and to producing. Since then he has worked with artists such as Vivian Stanshall, Dick Heckstall-Smith and Peter Green and recorded two albums with former Piblokto! and Man keyboard player, Phil Ryan (Ardours of the Lost Rake and Coals to Jerusalem).

At the end of the 1990's Pete formed Pete Brown and the Interocetors featuring Mo Nazam on Guitar,
David Hadley Ray on Bass, Dave Munch Moore on Keyboards and Simon Edgoose on Drums, whose live performances include material from Pete's work with Cream, Jack Bruce, Piblokto! and Phil Ryan. With the release of the forthcoming Live at the Borderline album Pete Brown and the Interocetors are currently planning extensive live work in 2004 alongside songwriting collaborations with Jack Bruce (on the albums Shadows in the Air and More Jack Than God) and artists such as Journey guitarist  Neal Schon.

Pete Brown continues to be the ultimate writer, composer and performer, always delivering the unexpected.
Posted by Zen Archer at 4:24:00 PM