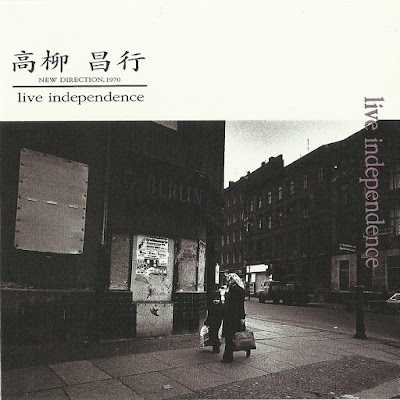 
Another previously unreleased archive release from Takayanagi, the premier Japanese free-guitar stylist. Recorded live in 1970, waves of trademark feedback abound, but also some more serene segments with flute, freedom atmospherics, etc. Not as overwhelmingly brain-bombing as his previous release on the label (PSF 41), but definitely another important piece in the crucial documentation of Takayanagi's career.