Shadowfax
1990
The Odd Get Even 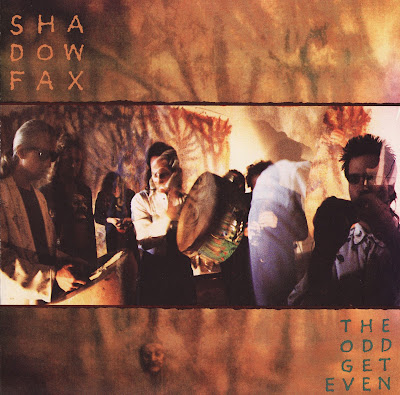 This album will appeal to those fans of jazz fusion who also like strong melody and touches of world music. Generally this album creates atmospheres which has you saying "from where in the world does the influence for that come from?" Shadowfax were just...different.

_The Odd Get Even_ was the band`s most keyboard orientated album making full use of the then current technologies.

The opener "Oasis" begins with tabla but is drum driven throughout and is very powerful. It has a very unusual time signature. Stu Nevitt shows what a first class drummer/percussionist he is.

"Winter Morning" Is atmospheric & moody. Great work on keys by David Lewis is matched by Chuck Greenberg`s lovely lyricon & sax touches. The band are as tight as it gets.

"1001 Nights" is unusual as usual. Again the drumming is a highlight.

"A Pause In The Rain" is an all time Shadowfax classic. Memorable melody and very atmospheric - you can almost see the mist beginning to clear.... Greenberg shows why the band couldn`t carry on after his death he dominates the track with his lyrical sax & lyricon work. Just perfect.

"Her Dress Just Hangs There" is a different can of worms altogether - you just know the band means business. It rocks heavily and is structured to build to an almighty climax. Keyboards play the percussion line during the quieter passages but when Nevitt joins in and the band are in full flow they are completely superb.

"Changing The Guard" and "Boomerang" are not in the same league but are still interesting.

The title track is synth lead and is the most `progressive` track on the album. It has a `Big` sound.

"Sujata" and "One Heart" close the album in a quieter mood the former contemplative almost sad to begin before a jazzier finish the latter begins with some nice jazzy guitar touches before a lazy meander.

None of the instrumentalists battles for prominence on this album - they all take their turn at adding to the overall picture and complement each other perfectly.

As usual I find this Shadowfax album a joy to listen to.
Posted by Zen Archer at 6:56:00 PM