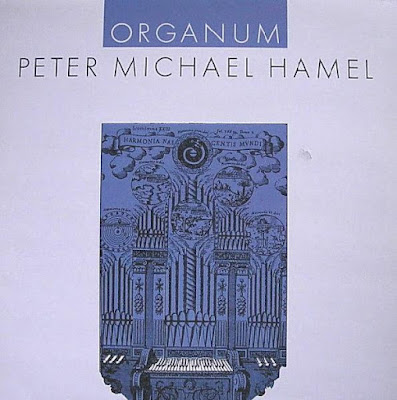 Hamel was a kindred spirit to Popol Vuh's Florian Fricke: a visionary keyboard artist possessing a wide academic knowledge of world music and musical theory (he would later gain renown as an author and educator). This was his eighth solo album, essentially a one-man live performance on a massive pipe organ at the München Academy of Music, enhanced by discreet overdubs of Tibetan cymbals and Vedic conch. The music is closer to legitimate Western classical sources than to modern Progressive Electronics, presenting 56-minutes of truly celestial Old World minimalism, with the occasional Oriental accent reflecting Hamel's interest in other cultures and alternate beliefs.

The album is generally very quiet. And like any true piece of devotional music it doesn't require any Born-Again bombast in order to reach a higher plane. But what truly separates the effort from the usual keyboard-based New Age karmic noodling is the depth and integrity of its scholarship, and the powerful serenity (not an oxymoron) of the music itself.

The album's cover illustration was borrowed from a 17th century allegory, "The Harmony of the Divine Creation"...the perfect title for any true act of musical invention, and in particular this small miracle of spiritual understatement. "Sic Ludit in Orbe Terrarum", reads the cover inscription, in part. In other words, Play it Loud.