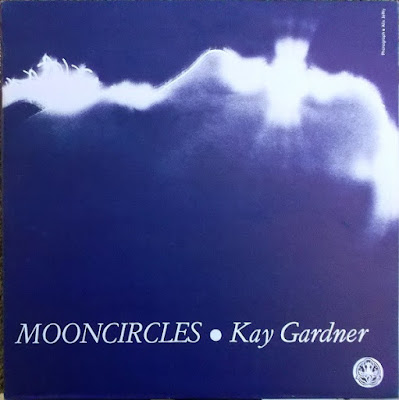 
Born in Freeport, New York, Gardner wrote and performed her first piano composition at the age of four. She subsequently went on to gain performance experience in chamber, orchestral, and vocal music. Gardner is considered a founder of the women's recording industry, and founded her own independent record label, Even Keel Records. She produced 17 albums, both of her own music and of others'. Gardner composed works for flute, piano, chamber ensemble, orchestra, and choir. In 1974, Gardner and Alix Dobkin recorded and produced a nationally distributed album with explicitly lesbian-feminist lyrics (Lavender Jane Loves Women, Women’s Wax Works). In 1977, Kay Gardner wrote her first piece for orchestra "(Rain Forest"), and conducted the premiere (her conducting debut) the following year at the National Women’s Music Festival in Champaign-Urbana, Illinois, with Antonia Brico in attendance. Between 1976 and 1984, Gardner worked on A Rainbow Path, a large musical composition designed for meditation on the eight energy centers, or chakras, of the human organism. She conducted a women's music orchestra production of it in 1988 at the National Women's Music Festival. Gardner also co-founded the New England Women’s Symphony. She was a choir director, radio personality, and a staff writer for HOT WIRE: The Journal of Women's Music and Culture. She is credited with envisioning the Acoustic Stage venue at the Michigan Womyn's Music Festival (with cellist Rachel Alexander).

Kay Gardner was a true pioneer, someone equally experienced in the theory and the composition of what became known as healing music. Her belief was that music could do both good and evil; indeed, the basic, driving 4/4 beat of rock'n'roll (and, indeed, almost all modern dance music) was anapaestic, meaning it clashed with the heart's natural rhythm and was, therefore, a destructive, weakening abomination. For Gardner, known for a time as Cosmos Wonder-Child, rhythm was just one of nine musical elements she believed could cure disease, the others being drone, repetition, harmonics, harmony, melody, instrumental colour, form and something she called "Composer Intent", which in essence, meant wishing your listener well. Gardner had been performing for years when, aged eight, she took up the flute. A year later she decided upon a life as a conductor. In the early sixties, when barely into her 20s, she performed in coffeehouses across California, while in 1972 she was a founder member of the feminist and (openly) lesbian band, Lavender Jane. A painful divorce when she was 30 set Gardner on her life's true path, creating music that celebrated women's spiritual empowerment. It was her belief that certain sounds could change the physical body at a cellular level. A proponent of meditation, Gardner once noted that after her Kundalini awakening she could hear entire symphonies in ocean surf. This remarkable and wonderful record arrived in 1975 on Urana Records and no one will ever be able to make something as clear-eyed and unashamedly openhearted as this ever again. The instrumental Touching Souls (with guitarist Meg Christian) could be a cut from Nick Drake's Bryter Layter sessions, while Moonflow has pioneering black concert pianist Althea Waites playing Beethoven's Moonlight Sonata as a base for Gardner's own fresh and flutey imaginings. Changing is just magnificent, a string quartet-led piece in which Gardner sings (beautifully) of a "woman in the moon, I can see her when she's whole". Wise Woman ("strong woman, what do you know of life?") – all zithers and xylophones – seems to have been captured live at some magnificent medieval poetry workshop somewhere. My favourite, today, is Inner Mood 1, which is just Gardner, her breathing and her flute and it is utterly captivating. There's nothing like enough room to do this odd and brilliant thinker justice here, but suffice to say she packed an incredible amount in to a life that was cut cruelly short by a heart attack when she was just 61. Oh the irony, etc
Posted by Zen Archer at 4:35:00 PM