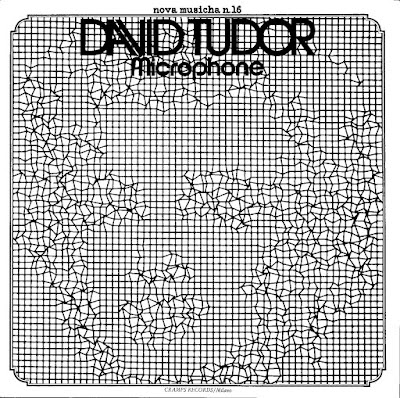 
American experimental music's foremost performer, pianist David Tudor remains as inextricably linked to many of the most groundbreaking pieces in the modern canon as their respective composers; long John Cage's most intimate associate, he also delivered virtuoso early performances of landmark works by Pierre Boulez, Earle Brown, Sylvano Bussotti, Morton Feldman, Karlheinz Stockhausen, and La Monte Young, many of them written expressly with Tudor in mind. He was born in Philadelphia on January 20, 1926, and throughout his teens played organ at the city's St. Mark's Church, later studying theory and composition under H. William Hawke and Stefan Wolpe. In New York on December 17, 1950, Tudor delivered the American premiere of Boulez's Deuxième Sonate pour Piano -- just the second performance of the piece anywhere, it immediately launched him to the vanguard of the experimental community.

Tudor's extended collaboration with Cage began during the early '50s, and in 1952 he premiered the composer's notorious 4'33"; Cage later stated that virtually all of his work from that point until around 1970 was written either directly for Tudor or for his consideration. Tudor was widely praised for his imaginative solutions to the often deliberate challenges of notation and performance presented by the pieces he tackled, and in time his genius began to influence directly the composers whose work he interpreted, becoming an essential component of their creative processes. Also serving as an instructor and pianist-in-residence at Black Mountain College in North Carolina and at the Internationale Ferienkurse fur Neue Musik in Darmstadt, Germany, during the late '50s he began experimenting with the electronic modification of sound sources, additionally teaming with Cage on his Project of Music for Magnetic Tape.

As the next decade approached, Tudor began initiating the move away from taped sources toward live electronic music; by the end of the 1960s he brought his career as a pianist to a close, with electronic performance and composition becoming his sole focus in the years to follow. Manufacturing and designing his own instruments and technological equipment, he mounted works closely tied to visual media including light systems, dance, television, theater, film, and four-color laser projections -- 1966's Bandoneon!, for example, employed lighting and audio circuitry, moving loudspeaker sculptures, and projected video images. In 1968, Tudor collaborated with Cage, Lowell Cross, Marcel Duchamp, and Gordon Mumma on Reunion; between 1969 and 1977, he also teamed with Cross and Carson Jeffries on a series of works for video and/or laser display.
While collaborating on the design of the Pepsi Pavilion at Expo '70 in Osaka, Japan, Tudor composed and performed several new works, among them an early version of the seminal Microphone. As his work in electronic music continued, he increasingly experimented with new components, circuitry, and interconnections, with the end results determining both compositional and performing strategies. Much of Tudor's major work of the period was commissioned by the Merce Cunningham Dance Company, with whom he'd been affiliated since their 1953 inception; these compositions included 1974's Toneburst, 1976's Forest Speech, 1978's Weatherings, 1981's Phonemes, 1987's Webwork, and 1990's Virtual Focus. After Cage's 1992 death, Tudor succeeded him as the Cunningham troupe's musical director; Tudor himself died at his home in Tomkins Cove, NY, on August 13, 1996.

A re-issue on CD of this classic. One of the great and wild "live electronic" pieces with sounds that Tudor once described as sounding to him like dinosaur howls echoing in pre-historic caves to timid, sweet calls of unidentifiable creatures.The original circuitry was designed by Tudor and Gordon Mumma.
Posted by Zen Archer at 1:39:00 PM