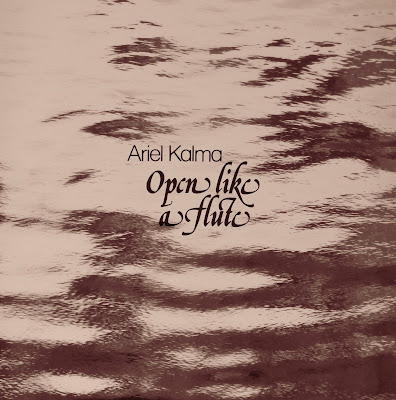 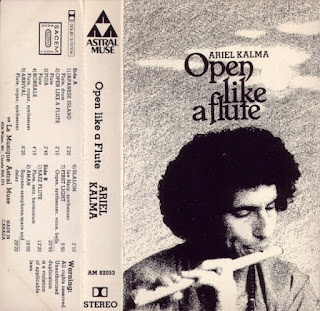 
My version from Bandcamp:

Double album of ambient instrumentals to relax, daydream and infuse the brain with cleaning frequencies for the well-being.

Recorded from 1981 to 1984 in Montreal, Paris and Hamburg. This version is a combination of 2 releases under the same name: the original Astral Muse cassette in Canada and the Nightingale cassette from 1984. The important difference is: those cassettes were not sounding so good! For this double LP Ariel converted his ¼” analog tape masters from the 80’s to 24bit digital tracks! Because of those older tapes you occasionally will hear some sound artifacts which Ariel decided to leave in as taking them out would hinder some frequencies… and Ariel likes strange, trance-inducing frequencies a lot! Listen loudly to ‘Flute Echo’ and you will experience the ‘mind cleanse’ effect!

Recorded from 1981 to 1984 in Montreal, Paris and Hamburg. This version is a combination of two releases under the same name 'Open Like A Flute': the original Astral Muse cassette released in Canada 1982, and the Nightingale cassette from 1984.

Originally composed between 1981 and 1984 and initially appeared only on tape in two different editions, the proposed material from Kalma for this work confirms his pantheistic vision of the ethnic sound that had already emerged in 1978 with the masterpiece Osmose. The deep consciousness of the compositional techniques of Indian ragas it's mixed here with embroidered electronic textures on which flute and sax explore the most secret archetypal elements of nature. In this way Kalma offers to the listener a personal idea of sacred music with luminous and oneirics tones but always dialoguing with a highest cosmic conception of things. With a clever use of effects, harmonium, delays and exotic percussions Kalma becomes the creator of soundscapes from the endless myriad shades.Such a fusion of western avant-garde and eastern traditione approaches the frech musicien to other big names of the international panorama as Popol Vuh, Angus Mclise or Laszlo Hortobagy. The master comes from original 1/4’’ analog tape from the 80’s.