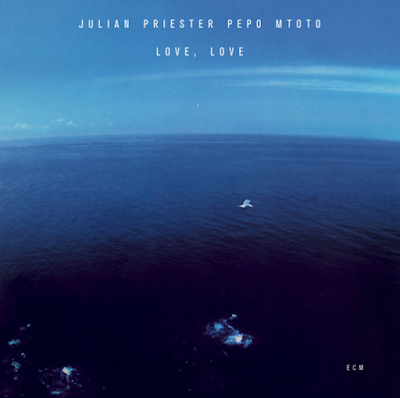 
Born in Chicago on June 29 1935, Julian Priester spent his teenage years performing in Chicago's vibrant RnB scene with artists such as Muddy Waters, Dinah Washington and Bo Diddley. In the mid-50s he joined Sun Ra's groundbreaking avant-garde big band. In 1958 Julian split for New York where he joined Max Roach while Roach was involved in recordings such as Freedom Now Suite, an album that combines jazz improvisation with concert hall composition.

In 1960 Priester made his first recordings as a band leader and then joined the Blue Note label as an in-demand session trombonist. While with Blue Note he recorded with Freddie Hubbard, McCoy Tyner, Sam Rivers, John Coltrane and others. In the early 70s Julian joined Herbie Hancock's legendary Sextet which combined spacey avant jazz with electronics and psychedic studio production. Splitting from Hancock in 73, Priester continued this style of progressive jazz fusion with two recordings of his own on the ECM label.

In the 80s and 90s Priester worked with Sun Ra's band again, as well as Dave Holland, Charlie Haden and others. In the late 90s he began to record under his own name again, and continues to do so to this day.


If you like Herbie Hancock's album Sextant, then you will most likely enjoy this as well. Julian Priester was a member of Hancock's Mwandishi line-up as well as having his own history in Jazz. Like the Mwandishi albums the music here is spacey, electric jazz. This type of music is sometimes referred to as "kosmigroove." Love, Love is slightly more traditional jazz than the Mwandishi albums. Priester's main instrument is trombone but here he also plays percussion and synthesizers. The only other Mwandishi member to appear here is Dr. Patrick Gleeson, who not only supplies the Moog and ARP synths he used on Crossings and Sextant, but a Oberheim digital sequencer which must have been straight off the assembly line.
I listened to the vinyl version of this album which has three tracks; the CD version has the last two songs as one track. To me, it seems like the middle song "Images" should be seperate from the last song. The title track features then Return To Forever guitarist Bill Connors, which is a great addition since there was no guitar on the Mwandishi albums. "Prologue / Love, Love" is similar to "Hornets" on Sextant. It starts with some orchestral jazz. The majority of this track is built around the funky odd-metered bassline. The drumming is great, repetative in a Can fashion. Basically a bunch of solos on modified wind instruments over a groove...but what an awesome groove it is.

Spacey effects on synths and whatnot come and go. Almost halfway you start hearing Mellotron strings which disappear and reappear throughout the remainder of the piece. Percussion becomes more noticeable over halfway. Towards the end the bass starts leaving more pauses and some fuzz gets applied to it. The music slowly dies out and ends. Compared to the last track, "Images" is more trad jazzy. Starts off with some free-form avant- jazz. Later more orchestral jazz. Then gets more spacey. Slowly the piece gets more dissonant. After 6 minutes the bass lays down a groove for the wind players to do avant solos over. The drums, meanwhile, are a little more varied. Lots of cacophony at the end.

"Eternal Words / Epilogue" ends the album on a very jazzy note. Certainly the least avant or rock sounding track. This begins with something wah-wahed and very jazzy piano and hi-hat. The beginning almost reminds me of pre-MDK Magma. Ends with more orchestral jazz. The first song is the best and the closest to the "kosmigroove" style. Unfortunately, Julian never made any more albums like this. I assume he is only on this site because of this album. But it's a great album. No Sextant, but close.