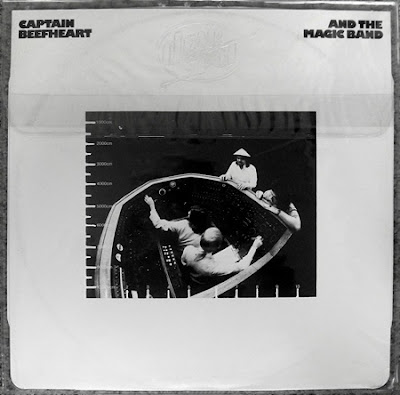 Picking up where The Spotlight Kid left off, this excellent album, featuring major-league production by Ted Templeman (Little Feat, Van Halen) gives fans a good taste of what a radio-friendly Captain Beefheart might sound like. Far from being a sell-out, though, this is a tough bluesy rock record that keeps the weirdness reigned in to strategically acceptable levels.

"Low Yo Yo Stuff" and "Nowadays a Woman's Got to Hit a Man" (nice titles both) kick off the album with propulsive blues-rock - just off-center enough to hold your attention but well grounded in standard blues rock language. "Too Much Time" comes as a bit of a shock, a soulful pop ballad with female backup vocals, like something Al Green might have done. Instead of embarrassing himself though, Beefheart handles the piece with poise and impressive command of his voice in this idiom (remember "I'm Glad" from the debut album? so this isn't entirely new territory for him). "Circumstances" lets Beefheart let loose with his lungs a bit, but the song itself is still pretty basic. "My Head is My Only House Unless it Rains" is an absolutely gorgeous ballad, just stunning (trivia: The Tubes, of all things, later covered this song on their 3rd album). "Sun Zoom Spark" gives Zoot Horn Rollo (Bill Harkleroad) a chance to work out on slide guitar, for a brief raveup number to end side one.

Side two follows much the same pattern, but ends with a pair of odd numbers that stand out from the rest of the album. "Clear Spot", the title track uses a cool phasing effect on its main guitar riff. "Crazy Little Thing" verges a bit on boredom, but it's thankfully brief, supplanted by the standout track "Long Neck Bottles", which uses a beer metaphor for.... you know. Excellent guitar and harmonica work on this one. "Her Eyes Are a Blue Million Miles" is another ballad, just as moody and gorgeous as "My Head is.........it Rains" on the other side. And then we launch into more daring Beefheart territory -- "Big Eyed Beans From Venus" is a chilling, ultra powerful epic with extremely loud guitars (Beefheart even calls out Zoot Horn Rollo by name in one of the breaks) and totally insane lyrics. Closing out the album on a puzzling note is the brief "Little Birdies", whose marimba/guitar mini-duet in between bass solos and spoken poetry sounds like something off of "Lick My Decals Off, Baby", their 1971 album. A cryptic closing number for an otherwise very warm, comfortable rock album.
Posted by Zen Archer at 3:49:00 PM