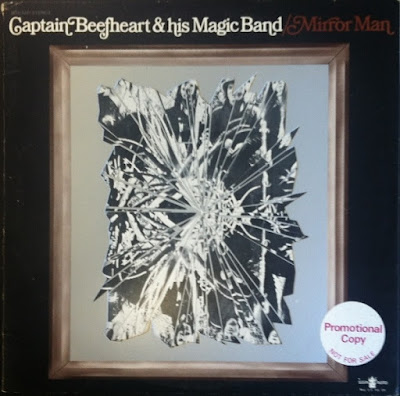 Progressive Southern Blues from the muddy banks of the Delta
I´ve seen a lot of people go wrong with the great Captain by starting out with Trout Mask Replica, -and who can really fault anybody who wants to listen to a record who, by many around the world, is heralded as a masterpiece of modern music? Well if you are interested in trying out chilies, don´t start out by munching on habaneros until your mouth bleeds and your head is transmitting radio broadcasts of the men´s national high jump quarterfinals from 1948 - no, you start off by adding a few drops of Tabasco on your corn flakes and see what´s what.

As other reviewers have mentioned, this album was recorded back in 1967, but has no flower power or psychedelic aspirations. There is a distinctive de-de-de-de-de-de-de-de-de- de-de-de-dah-de-de dirty blues going on here, but this shouldn´t scare the prog community away, because just like Safe as Milk, The Magic Bands first effort, the combination of Beefheart´s raspy and almost growling vocals teamed up with an almost cacophonous approach to playing music together as a band, you are treated with something completely different than other blues rockers from the time. One thing I really like about Tarotplane, in particular, is the presence of the harmonica that twist and turns and roars similarly to the way Don uses his voice (No big surprise since he ´s the one playing the darn thing). The best song on here however is Kandy Korn and I´ll happily play this at my funeral at abnormal volume just to be perfectly sure, that no creature in a 5 mile radius can escape this wonderful and weird blues poetry.

My absolute favorite thing about this release is the vocals, who are distraught and semi-schizophrenic jumping from laid back ramblings to all out crazy shout/singing - where my dear Captain sounds as a crow who´s been sucking on cigars since the roman empire was still in its pajamas. The guy was a trash can poet - a true innovator of the English language, and how you can marry sentences together to form some kind of metaphysical cohesion of what is tangible and what is just weird and crazy as hell, but there is beauty to be found here as well beneath all these layers.

I love this record when I´m cooking (no such thing as slicing onions and leaks to this mother) and to some extent, this release is the perfect soundtrack for a smoky evening at the pool table with a cold beer in your hand and a great big curly beard on your face.