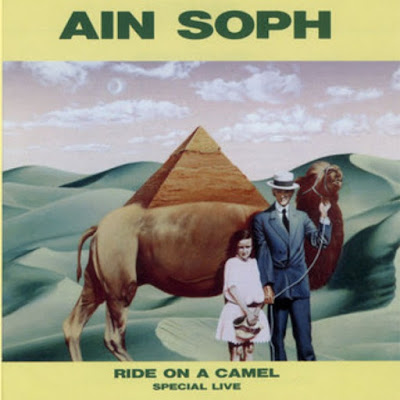 
Apparently this album was a demo of early album tracks that became a sort of melting pot mixing different 70's sessions. Definitely inspired on the softer symphonic Canterbury such as Camel, these sessions predates their debut album, recorded while called Techni-Sozo and while not completely devoid of interest, this only draws yawns from the listener past the first track. Yes, although this album could be interesting if correctly recorded, it is difficult to listen to this compilation filled up to the brim, with some really boring moments (the suite that stands as track number 2), while others are actually fairly nice: the opening title track and the Oddessa track are quite interesting even if they appear unnecessarily elongated. Other parts (like Aria) appear to have been lifted from Camel
One of the main flaws of this "album" is its length, but also apart of the short Turkey, all of the tracks are well above the 10-min mark, culminating in the Mysterious Forest first version, which is the epic of their first real album, but this version is somniferous. Obviously if you are an Ain Soph fan, this album might just be essential.

Though the CD actually dates from 1991, recordings actually date from the late 70’s, back when the band were still known under the Japanese name Tenchi-sozo. Sound quality is pure mud, but there is some interesting music here; early versions of “Peacock’s Feather” and “A Story of Mysterious Forest” (24 minutes long, and featuring both members of Dada on synthesizers as guest musicians) alongside other early works like “Oddessa” [sic], “Turkey’s March” and the title track. If you’re an established Ain Soph fan, I’d recommend this, but by all means don’t start here!