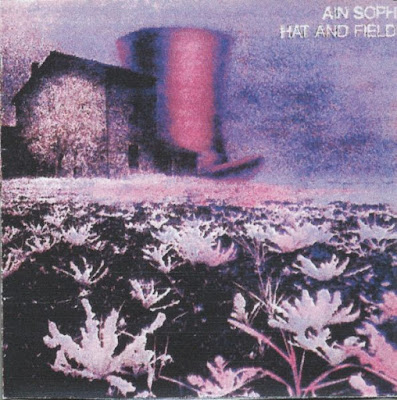 It took 6 years for Ain Soph to finally record this amazing follow-up to their equally amazing debut album. The original lineup 90 (the band was formed in '77) was fully incorporated, since drummer Tomiie and keyboardist Fujikawa rejoined their former fellows (they had left before Ain Soph's debut was recorded). Some of the material already existed during the old days, so basically 'Hat & Field' is like a groups of four musician friends catching up. The title shows one of their major influences, Hatfield and the North: since these guys are really Canterbury freaks, it's no wonder that we can also find the inheritance of other similar acts such as National Health and Gilgamesh, as well as 'Rain Dances'-era Camel. The most explosive moments show the clear influence of Return to Forever and Holdsworth's solo albums. The playing is superb: not only each individual is a top-notch master on their instrument, but also they can interpleay with immaculate fluency through all these complex time signatures and complicated compositions, keeping an aura of delicate sophistication, as if it were actually an easy task to do. The moments in which Yozox and Fujikawa lay their challenging interplays are executed with infinite finesse. As in their previous album, the appearance of some exotic lines reminds the listener of their Japanese essence: their jazzy prog is not a clone, but the result of an inventively idiosyncratic recreation of an established pattern. There is a subtle difference, though: 'Hat & Field' puts a major emphasis on the jazz factor, subduing the symphonic thing for that matter. The beautiful opening track 'Swan Lake' is really captivating: through its tasteful delicateness, it has a subtle energy in it that makes it catchy. 'Hat & Field', the namesake suite, starts the same way, until an explosion of pyrotechnics takes place during its last section: this explosion is effectively continued in the glued following track 'Mizzle'. 'Magic Carpet' and 'Pipe Dream' follow in the same vein as the opening number, while tracks 2, 5 and 7 work as relaxing interludes, which create an introspective, slightly melancholy mood. Lovers of Canterbury and the best 70s jazz-fusion will most likely love this one too, and eventually, discover the particular beauty of Ain Soph's own jazz-prog voice.
Posted by Zen Archer at 10:46:00 PM