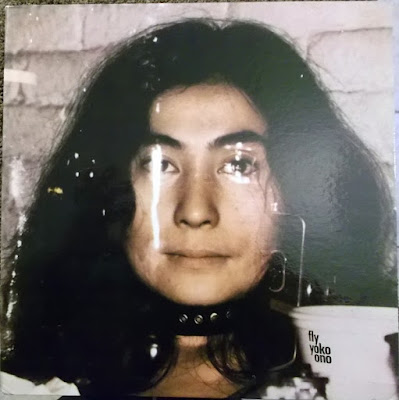 
By the time Fly emerged, the battle lines had long been drawn, and those who preferred to place Ono's domestic situation rather than her music in the foreground were never going to give it a fair shake. Very much their loss -- not only is it that rarest of all beasts, a '70s double album that rewards repeated listening, but Fly also shows the work of a creative artist working with a sympathetic set of backing players to create inspired, varied songs. At points, the appeal lies simply in Ono's implicit "to heck with you" approach to singing -- compositions like "Midsummer New York" are easygoing rock chug that won't surprise many, but it's her take on high-pitched soul and quivering delivery that transforms them into something else. The screwy blues yowl of "Don't Worry Kyoko" is something else again, suggesting something off Led Zeppelin III gone utterly berserk. Meanwhile, check the fragile, pretty acoustic guitar of "Mind Holes," her singing swooping in the background like a lost ghost, while the reflective "Mrs. Lennon," as wry but heartfelt a portrait of her position in the public eye as any, ended up being used by Alex Chilton for "Holocaust," which gives a good sense of the sad tug of the melody. Perhaps the best measure of Fly is how Ono ended up inventing Krautrock, or perhaps more seriously bringing the sense of motorik's pulse and slow-building tension to an English-language audience. There weren't many artists of her profile in America getting trance-y, heavy-duty songs like "Mindtrain" and the murky ambient howls of "Aimale" out to an English-language audience. Such songs readily match the work of Can, another band with a Japanese vocalist taking things to a higher level. As for "Fly" itself, the mostly unaccompanied wails and trills from Ono will confirm stereotypes in many folks' minds, but it's a strange, often beautiful performance that follows its own logic.
Posted by Zen Archer at 5:34:00 AM