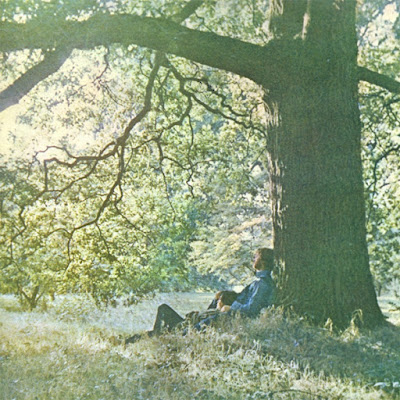 The original UK release comes with a custom Apple inner sleeve with credits, flower illustration, dedication to John ('For John with love from Yoko, 9/10/70') and its instruction to 'Play in the dark'.


Recorded concurrently with John Lennon's Plastic Ono Band album, Yoko's features the same musicians, namely John, Ringo Starr, and Klaus Voormann along with the Ornette Coleman Quartet on one cut. Unlike John's record, however, Yoko's is much more a "jam"-sounding record. And while there are definite songs, lyrics are mainly vocal improvisations. Still, if avant-garde is your cup of tea, then check this one out. It's good, if only to hear John Lennon really get the guitar cranking on the opening cut, "Why." The 1997 CD reissue adds three bonus cuts: a previously unreleased version of "Open Your Box" (which would be used as the flip side to John Lennon's "Power to the People" single), the previously unreleased, 16-minute improv piece "The South Wind," and a previously unreleased 44-second snippet of "Something More Abstract."