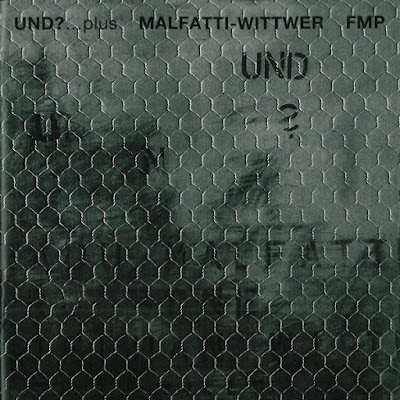 Recorded on 14 February 1977 in Innsbruck, Austria

In the matter of modern music, dealing with aspects, peculiarities and protagonists, there are some figures who play(ed) an important role to determine tendencies and advancement of it.
Radu Malfatti, Austrian trombonist (player and composer), is one of those who deserve a special mention for his contribution to the cause.
In fact, Radu has reinvented his instrument, destructured it, tested unconventional methods of use, explored innovative sound paths which come from the silence or come near to the noise.
He has collaborated with the entire universe of the best improvisers, living, during the last decades, in different places of Europe (Holland, England, Germany, Switzerland, Italy), in each of them being involved in historical projects (Trio Raphiphi, News From The Shed, Polwechsel, just to remember some).
Member of ICP Tentett, Barry Guy's London Jazz Composers Orchestra, GrubenKlangOrchester, King Übü Orchestrü, he has worked with Derek Bailey, John Butcher, Hugh Davies, Paul Lovens, Phil Minton, Tony Oxley, Evan Parker, Irène Schweizer, Phil Wachsmann, Trevor Watts, Stephan Wittwer.
The compositional side is as much relevant, emphasised in the last period through his own label (b-boim).
Not a simple task to draw up a list of works having reference to Radu, however the discography that follows, embracing over thirty-five years of activities, should seem to be rather exhaustive.