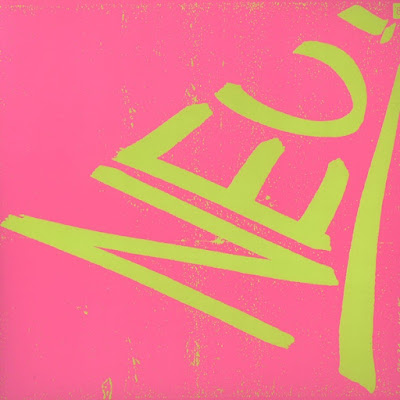 Michael Rother's version of the "Neu! 4" album, previously assembled (without Rother's knowledge) by his erstwhile partner Klaus Dinger, is like an identical twin separated at birth, and not altogether compatible with its sibling despite the identical DNA. It's essentially the same aborted album, remixed and rearranged, with some of Dinger's tracks eliminated, others abbreviated, many re-titled, and with one new cut added. But the belated reassembly hardly justifies a separate release, and the new album is actually 14-minutes shorter than it older brother.
According to Rother, the 1995 release of "Neu! 4" was for Dinger "an act of despair". And Rother himself said it "isn't a real Neu! album." But there isn't anything in his new mix to alter that assessment, which makes it easy to defend a lower rating for the same music: it's been done before, and the second round is no more a group effort than its predecessor.

Sadly, Dinger's original model is now out of print, supplanted by the newly licensed 'official' edition. A moot point, in my opinion, as neither version fully deserves to called the fourth studio album from the long-defunct duo. The music itself still has its occasional charm and energy. But it was never more than flotsam, and even less essential as secondhand flotsam.
Posted by Zen Archer at 5:01:00 PM