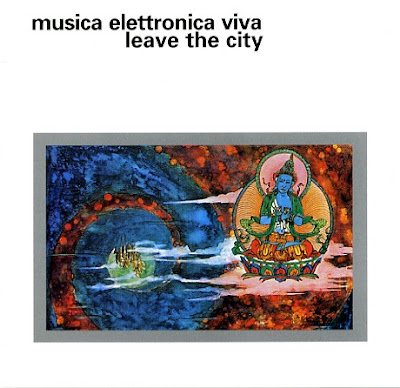 
Spalax have created a subsidiary label (Spalax2) which will be dedicated to the Actuel collection of music, as originally issued by the BYG label out of France. "Musica Elettronica Viva or MEV as they're sometimes called, were founded by Ivan Coaquette (pre-Spacecraft), and also included his wife, Patricia and Birgit Knabe, as well as various other collaborators along the way. The music we find here is an extremely experimental form of electronic jazz which is not a million miles away from the styles of early German Krautrock bands such as Kraftwerk and Tangerine Dream. Originally issued in 1970." This was the second of 2 MEV albums to released by BYG in 1970, following The Sound Pool (which featured Alvin Curran, Richard Teitelbaum & Frederic Rzewsi amongst others). It features floating, droning free music freakouts of the finest cosmic quality and this reissue is a major event by any sensible standard. A note of explanation from Frederic Rzewski about the various incarnations of MEV: "In 1968/69 MEV experimented with audience participation and took on a number of new younger people, many of whom were not musicians. We wanted to see how far we could extend the idea of free improvisation, surrounding the core group with people who happened to be around. The group expanded and spawned separate communities. In the early 70's there were three MEV's: one in Rome, led by Alvin Curran; one in New York, where Richard Teitelbaum & I were based; and one in Paris, which was organized by the Coaquettes. Birgit nd Nona were members of the Living Theatre, with whom we also hung out a ot, and Stefano was one of the younger acolytes. The record you are talking about was a kind of hippie child who chose MEV as its identity. Nobody ever found out really who was in MEV. At that time, it was part of a movement, and that part of it that was a part of the movement lived and died with that movement."
Posted by Zen Archer at 3:47:00 AM