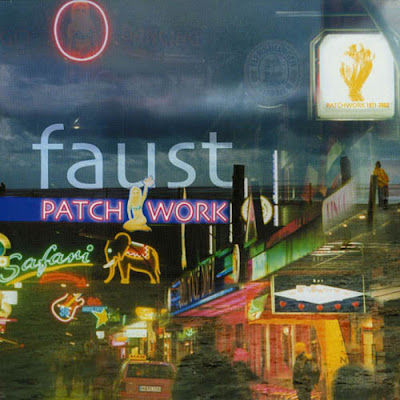 Compilation of remixed and unreleased material


Compiled by Detmer and Irmler, this collage is a belated follow-up to 1973's The Faust Tapes, although it's done from a different perspective, spanning Faust's entire career - including previously released material- instead of consisting of outtakes of one particular period. An admirable effort, ofcourse, but ultimately not as good as it's predecessor. It lacks the element of surprise The Faust Tapes had, not only because The Faust Tapes initially wasn't meant to be released, but also because that album was collected by an outsider's ear (a befriended studio engineer), making for an unconventional take on Faust's original uncompromising sound as it was displayed on the albums that preceded it. Granted, trying to recreate The Faust Tapes is like trying to reïnvent the wheel, but this time around the end product seems much more carefully crafted. Too much, in fact. It's not primarily the fault of the material, that, admittedly, is a bit softer, but generally strong, with some jazzy flourishes, unusual timings and the band's trademark 'machine' sounds, but it's the smoother editting which even allows for a few pauses inbetween selections, making it sound more considered and less spontaneous than The Faust Tapes' brutal attack on the senses. It's also not aided by the mystery surrounding The Faust Tapes. The band didn't even know of that particular project's existence until it was presented to them, all of the material was unknown, most of it didn't bear a title and the album sold for the price of a 7", which in itself is intolerable by today's standards. Make no mistake, Patchwork is ultimately worthy of purchase, including interesting detours and odd sounds that make for enjoyable ear candy. Just don't expect it to be a masterpiece along the lines of any of their 70's albums.