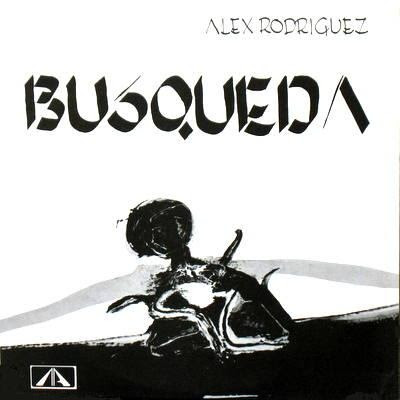 Alex Rodriguez is one of Venezuela's most important Jazz guitarrists from the 70's. Born in 1952, He starts his musical education froom a young age and forms part of many rock bad, also part of Aldemaro Moreno's Orquesta de Onda Nueva. In 1976 he founds a shortlived band called La Retreta Mayor than serves as a benchmark for excellence back in his home countrym, they never play live but leave one hell of an selftitled album.
After the breakup of La Retreta Mayor, Alex records this album, where he reinstates his position as one of the most important jazz musicians in Venezuela. Sadly enough these two albums would be the only Jazz offerings in his ouvre. After 1979 his musical career would steer more and more towards the classical guitar, not only as a performer, but also as a composer. At the same time he becomes one of the most respected teachers of Classical guitar and electric bass guitar in his home country.