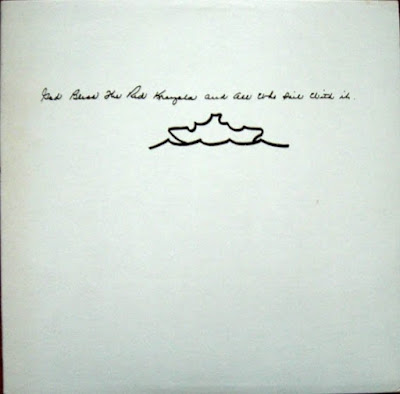 
Amongst the thousands of dissertations, portfolios and anthologies that slide across my desk claiming to classify epochs and develop new historical methodologies and schemas, there's one thesis I don't believe I've ever heard proposed in any of these texts: The 60s were fucking nuts. Like seriously.
The historian Alice Echols claims that the culmination of the 60s occurred at the infamous Rainbow Ricochet soiree on May 8, 1967. And indeed, it's difficult to combat any party (let alone that epic bacchanal) that found Timothy Leary, Otis Redding, Abbie Hoffman, Betty Friedan, Stanley Kubrick, Twinkle and the newly appointed U.S. Secretary of Transportation Alan Boyd hovering (literally, according to some eyewitnesses) around a punch bowl that packed enough wallop to send eleven attendees home in body bags. The sheer wackiness must have been astonishing, righteous, revolutionary and filled with enough permanent brain atrophy to run for prime minister. Any lingering devotees of the 1980s still insisting that "well, um, that Frehley's Comet album was pretty crazy for too, uh, often as well" better pack up their belongings and go home. Fuckin' illiterates. Learn to read.
And yet, there was an even more momentous day in the marshmallow-sky twirling unicorn massacre we call the 1960s. In March 1967, The Red Crayola walked into the studio and spent a day making one of the most visionary album of the year, The Parable of Arable Land. It's a band that has no idea how to play its instruments. In fact, they don't even know what instruments are, or if the guitarist has the ability to remain conscious long enough to play whatever it is a "note" might be. Shattered psalms, wobbling percussion courtesy of poet Frederick Barthelme, patently overused echo chambers, and the clumsiest staircase bassline in garage history smashes into a bunch of clopping machine men as Mayo Thompson croons out the only serious line in his entire career: "I have in my pocket a hurricane fighter plane."
And that's just one of the actual songs. The "free-form freakouts" are about as fervidly psychotic as anything in any genre. This is a band that was paid ten dollars to stop a performance in Berkeley. If Berkeley's not having it, you know you're in for rough sledding. (Think amplified "Revolution 9" or the more scandalous Sun City Girls' field recordings.) Kazoos, tribal race riots, steamrolled radios, irate circus barkers, distressed toddlers, and spy themes assail each other over crackling soda pop. And then there's those oscillations and extravagant mouthfuls of static that are so heavy you may as well tattoo fake PCP lips onto your skull and shoot yourself in the legs because you thought the act of shooting a gun was the object chocolate worship goalosphere itself. And in the middle, Thompson hollers out "Woo-hoo!" like he actually thinks he's rocking out. He is mistaken; this is not a rockin' trip. It's a mind-milkshake where everyone's friends are dead in abscesses of lunatic incompetence at an epic pitch of stoner rock doom. How could it possibly get any more chaotic? Oh... I don't know. How about if you put Roky Erickson on an organ and told him to pretend he didn't have any hands? Yes, that does the trick nicely.
A year later and a drummer short, Thompson recruited Tommy Smith to make something their label, International Artists, might actually accept after the botched release of Coconut Hotel. This is not to say God Bless the Red Krayola is particularly accessible. First of all, they spell their name incorrectly. This may seem like a feeble move, perhaps even stupid, but let us recall that misspelling is #1 on the making-crazy-music-for-its-own-sake to-do list. For all the laudations heaped upon the Krayola by the punk and post-punk crowds, it might as well be bootleg Einstürzende Neubauten at its grimiest atonality and infuritating double integral time signatures: "The Shirt" and "The Jewels of Madonna" are vicious gorges brimming with abrasive wire-cutting, pop-gun propulsion, and whimpering, receding vocals.
That's not to say there aren't memorable "songs" here: "Say Hello to Jamie Jones"' stark drumming and lulled vocals are relentlessly dry and stoical, and the hilariously out-of-sync back-up singing on "Save the House" is the experimental rock version of call-and-response performed by stoners with Tourette's syndrome. The catchiest song might be the lost-love reverie of "Victory Garden", except the protagonist is Hitler patched onto what we'll have to call an "angular bop jam band" simply to get out of it intact. "Ravi Shankar: Parachutist" is delivered with such convulsive sincerity, the lengthy interruption by a flickering middle school choir's scales seems both disingenuous and ravenously insane. Most songs are under two minutes. Many more are under one. If your temperament's not what the 19th-century scientist Eberhard Wilkson called "amicable and shrewd through divertissement," this will be an interminable slog through everything that was ever bad in underground rock. It's indulgent, poorly recorded, entirely befuddled in its own crazy aesthetic, existing solely to counter the mainstream and prove they don't care about gloss, significance or talent. And, like Trout Mask Replica, it will feel like a halfway decent comedy album the first few times you listen to it. Persistence will pay off.


The Krayola would disband shortly after this release (and a lost double-album with John Fahey) only to reform in the late 1970s to sustain a legendarily spotty three decades of releases. The great Pitchfork meta-raconteur, Nick Mirov, once concluded a review of a recent Red Krayola album by noting that it has "nothing to do with entertainment. Or even art." Granted. Unfortunately, that's many people's definition of truly great entertainment and art. Way back when, no one wanted to call Duchamp, Michelangelo, Mozart or the Queen's portraitist "artists," either. The Krayola's legacy is surely bolstered by their location in rock history-- simply put, this was likely the most experimental band of the 1960s-- but until we've caught up with them, this remains essential listening for fried brains of all creeds.
Posted by Unknown at 1:08:00 AM

Email ThisBlogThis!Share to TwitterShare to FacebookShare to Pinterest
Labels: The Red Krayola, USA