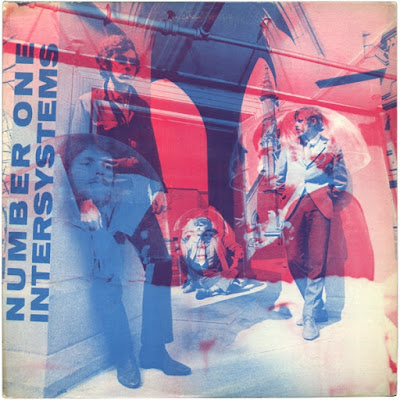 
Drug induced wild electronics by John Mills-Cockell and trippy outsider narrative by Blake Parker. Psychedelic environments that Intersystems created (for example, the Mind Excursion Center) during the 1960's, with the time-capsule effect as reported by the media including the Toronto Telegraph and Time Magazine. (The Mind Excursion Center by Michael Hayden and Intersystems, was the pre-cursor to the Electric Circus in NYC, also designed by Michael Hayden.

"until her thighs smell of the one true rose in a tin bucket on my roof."

I could hear Throbbing Gristle all through "Blackout Mix", and I could hear the deranged drone madness of Cale and Reed's early Velvet stuff on "Orange Juice and Velvet Underwear". You'd think the latter would be a pastiche, going on the title. But I'm not even sure Intersystems (or anyone but a handful of people nationally) had even heard of the Velvet Underground when this was recorded. Mind you, "The Velvet Underground and Nico" WAS recorded before this was, but it was released after.

The interesting thing about this group is that they seem to have shattered a long-standing rule in musique concrete and tape music: you're either one person, or you're an institution. That realm of classical had never been infringed on by "some guys". The only thing even nearing a traditional group structure doing collective musique concrete and tape stuff was the BBC Radiophonic Workshop, and they were LITERALLY an institution.

Is this, then, the first indie electronica album? Does anybody give a shit?

I dunno. What I do know is that the insanely surreal and at-times frighteningly aggressive spoken word passages through the album act as a kind of vessel to latch onto during the haze, much in the same way that free jazz for me becomes significantly more approachable with something nearing a steady drumbeat. Something to latch onto in the chaos.
Posted by Unknown at 2:16:00 AM