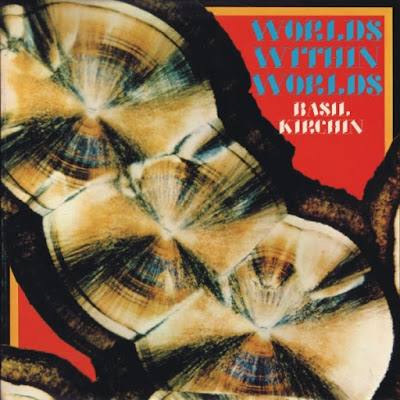 Parts 3 and 4 are scored for :
1 Flugel Horn
1 Alp Horn
2 Woodwind
1 Cello
1 Arco Bass
1 Organ
and the sounds extracted from the following sources :
1 Gorilla
2 Hornbills
4 Flamingos
Various amplified insects, animals, birds, jets and other engines. Sounds of the docks in Hull, Yorkshire... and the autistic children of the community of Schurmatt, Switzerland.

Quick, think of the most unsettling, harshest early Nurse With Wound you can. Something like the "Gyllensköld, Geijerstam and I at Rydberg's" EP.

Ok, then imagine that sound filtered through the scattered, tortured lens of Krzysztof Penderecki's "Utrenja".

Now imagine that sound pushed to a level of frightening your brain isn't capable of comprehending.

Then realize that what I've just described was made and released in 1974, by a guy who five years prior was writing little three minute library music ditties like "Spring is for Love".

I don't believe I've ever actually said, "Oh my god, turn that off now, seriously" and actually meant it until this album. That's gotta mean something.
Posted by Zen Archer at 9:35:00 PM