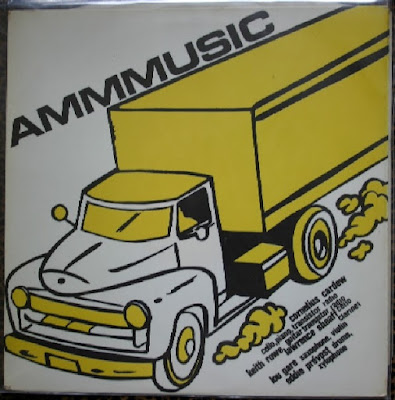 
Recorded on the 8th and 27th June 1966 at Sound Techniques.
Published by Matchless Music ©
Published by ReR Megacorp p 1989 in association with Matchless Recordings

NB There are five pieces on this CD; on tracks 1-3-4-5-7. Tracks 2 and 6 are internal divisions of tracks 1 and 5 respectively. This gives the option of listening only to the shorter versions as originally released. Track 8 allows you to programme silence wherever you wish.

Distributed in Europe by ReR Megacorp

Perfect album for late Spring, early Summer.  The contents of this CD were recorded in June '66.  I imagine that Spring and Summer to be a magical time.  Things were changing in strange and beautiful ways, and if the infamous "Summer of Love" was the full flowering of everything we associate with the second half of the '60s, '66 will always embody the freshness of the time to me.

June is always the heart of the warm months.  This music is made for it.  Drones.  Radio feedback, noises, voices and even found music.  Atonal and impromptu sax solos.  Shrieks of cello.  Abrasiveness.  Softness.  Imagine cicadas chirping in rain-soaked grass, slowly drying the morning after a thunderstorm.  Somebody turns on a radio and tries to find reception.  The air is dense with humid and the scent of late Spring.  Silence shoots up in intervals like a weed.  And so on.

I listened to this on a Friday night in May.  Dusk became night and everything became "realer than real"--motion, the night scent of May, the colors of traffic lights, simply driving.  It was like a movie.  The music hummed me into a trance, easily listened to, easily ignored.  The "abrasive" sides of the music provided me with opportunity for contemplation.  The overall effect was peace and relaxation.

When Spring becomes murky and humid; dense with fragrance; when the nights get longer and longer and everything is green, young but fully formed, and filled with innocence--this is your record.