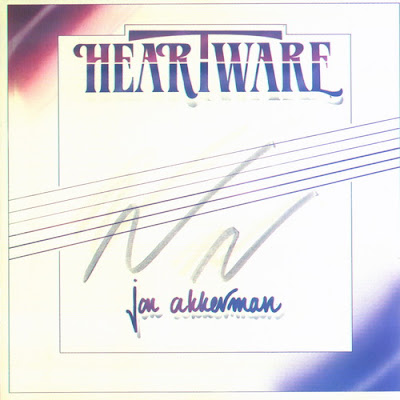 
There's a limited edition of the album which features the song Prima Donna. It was sold during the 1988 German-tour and has a limit of only 1000 copies. I don't own that special version, but it exists. No record company was willing to release Heartware, so he had to release it by himself. The album is featuring his new drummer for years Ton Dijkman, but it is a less interesting Akker-record. My Pleasure is nothing more as a new version of Beethoven's Revenge, from the '85 Focus album. It's kept shorter this time and less boring. Just Because,So is a remake of Just Because from the Can't Stand Noise album. In both cases you can call it elevator-music. Lost and Found is the most inspired track on Heartware; good solos and a treatment for the ears. In fact it's one of his better songs ever. You can describe the remaining tracks as soundtrack music without a movie, or maybe also elevator-music. However, Firenze is a nice acoustic track and it's worth to spend your precious time on it.