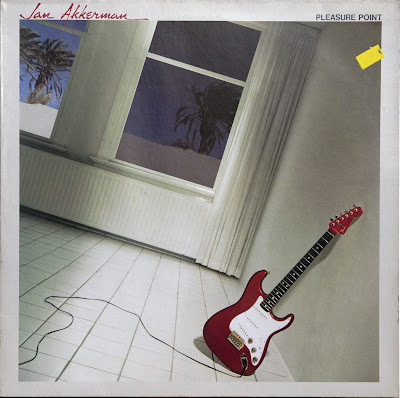 
The album was recordedin '79, but it took three years to find a label willing to bring it out! On the album there's a leading part for the guitarsynthesizer, Jan's new discovery. The songs Valdez, Visions of Blue and C.S. bring you only his guitar, colored by the synths. The other songs are jazz-rock., once again performed with Jasper van 't Hof and Joachim Kühn. Heavy Treasure was later re-recorded for Can't Stand Noise.
Posted by Unknown at 8:06:00 PM