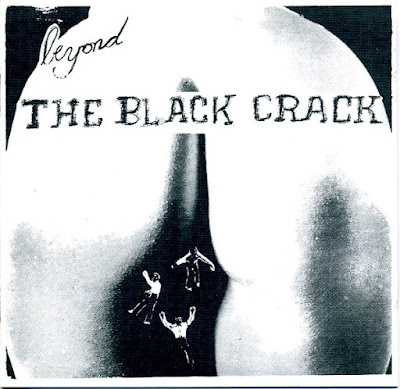 01. Black Crack And The Sole Survivors
02. Fredrik's Cosmic Spaced Out Blues Band And Orchestra Hot Fudge
03. Get It Out Of Your System
04. Chili Supper Polka
05. Journey Of Turtles
06. Pre-Transfromation Of Turtle To Bird
07. Nocturnal
08. Fly By Night
09. O What A Joy It Is To Know You Have A Turtle Heart

10. Embryonic Music
11. Copulation Of Basilea And Hyperion
12. Family, Birth Of Helio And Selene
13. Destruction - Slaying Of Hyperion, Drowning Of Helio, Suicide Of Selene And The Wandering Madness Of Basilea
14. How To Avoid Simultaneity

Tracks 1-9 were originally released to commemorate the First Annual End of the World Celebration, November 18th, 1976.

Track 1 recorded live in concert at the Kansas City Art Institute Foundation Studio, November 18th, 1975, and in the KCAI Epperson Auditorium, December 4th through December 5th, 1975.
Tracks 2 to 4 recorded live at the 2nd RLDS Church chili supper March 24th, 1974 in Independence, Missouri.
Tracks 5 and 6 recorded atop the midget pyramid in McCoy Park, Independence, Missouri, June 1976.
Track 7 partially recorded at Ruperts Manufacturing in Blue Springs.
Track 8 recorded atop the midget pyramid on August 20, 1976.
Tracks 10 to 13 the taped music was recorded and mixed and remixed February 1977 through March 1978; first performed September 2nd, 1977 in McCoy Park, across the street from Truman's grave site.
Track 14 produced and remixed from the 1975 'Black Crack and the Sole Survivors' recordings not appearing on the original LP; edited at Kansas City Art Institute.

Dwight Frizzell is an internationally recognized artist whose interdisciplinary work combines video, performance, installation, music, audio art and writing. He has been producing the “From Ark to Microchip” series with Jay Mandeville since 1984. "Ark 2 Microchip" radio can be heard currently on KKFI (www.kkfi.org) 90.1FM, and on KOPN, KCUR, KGNU, RESONANCE FM (London), RADIO NOVA (Paris), and WKCR (New York).

Dwight’s boyhood neighbor in Independence, Missouri was Harry S. Truman, who appears in Dwight’s work as a pianist, Atlantean King and time-traveler. Dwight released the “Beyond the Black Crack” LP in 1976, studied video art with Douglas Davis (1977), clarinet with Raymond Luedeke (1979) and metaphysics with Sun Ra (1980-1990). His work was exhibited at Biennale de Paris, World-Wide Video Festival (Amsterdam), and broadcast on NPR.

Dwight’s music is available on Paradigm discs (England). He plays Buffet clarinets and Yamaha saxophones and wind controllers. His collaborations with Michael Henry include “Sonic Force,” where AFR A10 Warthog Attack Planes were used as musical instruments. Frizzell is a founding member of the Black Crack Revue, the newEar contemporary chamber ensemble, and the National Audio Theatre Festivals. He performed recently with David Ossman and Phil Proctor of the Firesign Theatre.

Beyond the Black Crack was the concept of Reverend Dwight Frizzell, a musician, film maker, Doctor of Metaphysics and minister in the Universal Church of Life. It remains a little known classic, and one of the most unique listening experiences in modern experimental music. Recorded between 1974 and 1976 in locations as diverse as factories, the pyramid opposite Harry Truman's grave site as well as more 'conventional' concert settings. Beyond the Black Crack is a dark, dizzying and exhilarating journey through free jazz, electronics and environmental sound, all shattered by Frizzell's radical tape editing. This CD re-release adds further material to the original LP: - "The Wandering Madness of Basilea", a suite from 1977 unheard until now, as well as unreleased material from the Black Crack sessions.