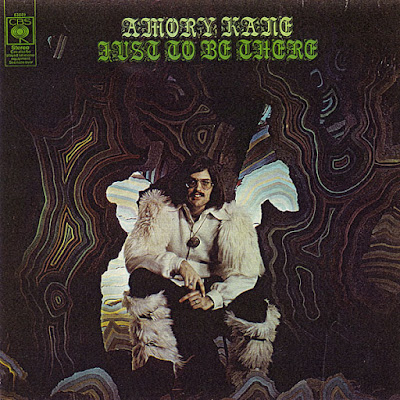 Though American, Amory Kane was based in the U.K. when he recorded this, his second album; Fairport Convention bassist Dave Pegg, in fact, is one of the accompanists. It's a somewhat drifting, laid-back singer/songwriter effort that doesn't strike out with much force or distinction. There's a bit of Donovan-like wistfulness, as well as something of a utopian hippie-era brotherhood feel à la "Get Together," which is in fact covered for one of the LP's tracks. But the tunes are on the bland side, and the songs sometimes have an awkward wordiness. Bits of pastoral period psychedelic touches float around the arrangements, like ghostly wind noises, hand percussion, and eerily reverbed plucks, scrapes, and licks.
Posted by Unknown at 2:50:00 AM