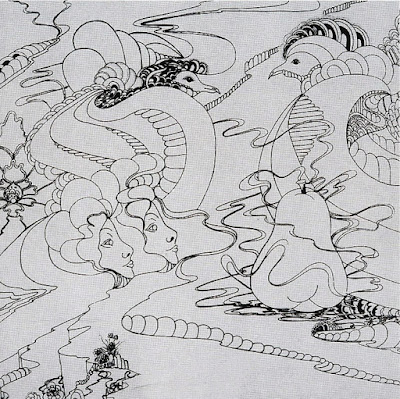 
According to the liner notes on their rare 1975 album, bassist Alan Green, drummer Dave Rodwell and singer/guitarist John Westwood came together in 1972.  Originally from Southampton, England by 1974 they’d been signed a management agreement with the Dick James Organization and relocated to London in the pursuit of greater glory. Signed by Pye Records which then assigned them to its newly formed Birds Nest subsidiary, their 1975 debut “Strange Flavour” teamed the trio with producer Dave Travis (who also contributed a pair of songs to the LP).  With all three members contributing material, the set bounced between standard English blues and more commercial hard rock (imagine something along the lines of Budgie hanging out with early era Deep Purple).