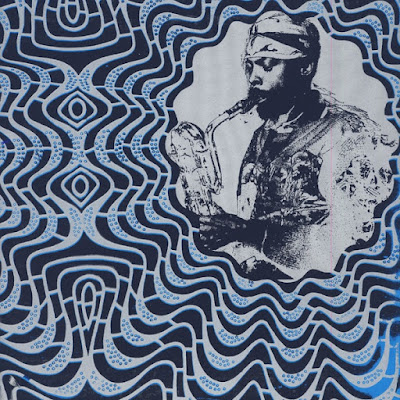 
As I have said before... WE DO REQUESTS. If I have them I will post them, and otherwise at least post a friendly request to the rest of the visitors, I also love it when people request some obscure or not so obscure album, because more than once it has led me to discover music that I did not know before... so keep them coming!

Pat Patrick, like John Gilmore, spent virtually his entire career with Sun Ra's Arkestra, leading to him being somewhat underrated. Patrick had a particularly appealing sound on baritone and, although he did not lead any record sessions of his own, he was one of the better baritonists of the 1950s and '60s. As a child he studied piano, drums, and trumpet before switching to saxophones. At Du Sable High School in Chicago he first met John Gilmore. Patrick did record with John Coltrane (Africa Brass), play briefly with Duke Ellington, was a member of a little-known version of Thelonious Monk's quartet (1970), and in 1974 he recorded with the Jazz Composer's Orchestra. But otherwise, Pat Patrick from 1954 on and off until his death was closely associated with Sun Ra, where he was a reliable sideman.

One of the rarest albums ever issued by Sun Ra's Saturn Records label – and one of the few dates to ever feature baritone saxophonist Pat Patrick as a leader – Sun Ra's longtime partner in the Arkestra, and a hell of a player on his own! The record is a heavy baritone date – with Rene McLean, Charles Davis, James Ware, Reynold Scott, and George Barrow joining Patrick on the lead instrument, plus a bit of flute – blowing at a level that makes the whole thing feel like one of the best creative ensemble projects on Strata East from the period – very jazzy, but also reaching for lots of new ideas too! The music is a lot more soulful than Ra's usual work – less outside overall, but in a good way – and the group also features a young Hilton Ruiz on piano, plus Jon Hart on bass, Steve Solder on drums, and Babafemi Humphreys on congas.

"Of all the saxophones, it is our opinion that the one with the most distinctive sound, warmth and range that can reach into that of other saxophones, is the baritone sax." As composer, bandleader, and full-time member of the Sun Ra Arkestra, Pat Patrick was a visionary musician whose singular contribution to the jazz tradition has not yet been fully recognized. As well as holding down the baritone spot in the Arkestra for 35 years, Patrick played flute and alto, composed in both jazz and popular idioms, and was a widely respected musician, playing with Duke Ellington, Eric Dolphy, Thelonious Monk, and John Coltrane, with whom he appeared on Africa/Brass (1961). But he is best known for his crucial contributions to key Sun Ra recordings including Angels and Demons at Play (1967), Jazz in Silhouette (1959), and The Nubians of Plutonia (1967), among dozens of others. But as a bandleader, Patrick only released one LP -- the almost-mythical Sound Advice, recorded with his Baritone Saxophone Retinue, a unique gathering of baritone saxophone masters including Charles Davis and René McLean. First issued in 1977 on Sun Ra's legendary Saturn Records imprint, Sound Advice is a deep-hued exploration of this special instrument, a lost masterpiece of Arkestrally-minded Ellingtonia on which higher adepts of the lower cosmic tones are heard in rare conference.
Posted by Unknown at 8:31:00 AM 5 comments: