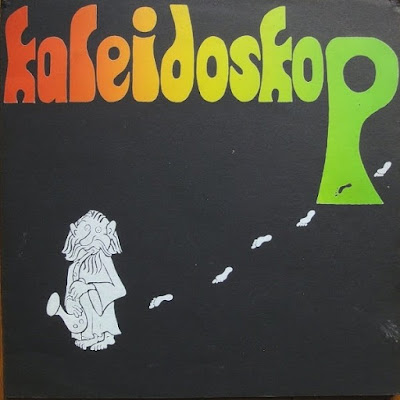 A band with their roots in Bremen/Hannover, going back to the 1960's. It was reputedly "extraordinary soul jazz rock album with great grooves and charming careless playing" according to one source - which turned out to be not too far off the mark. Kaleidoskop played a richly textured jazz-prog that was actually quite dated for 1974, with lots of winds, and 90% instrumental, with hints of Nucleus, Xhol and Zappa/Mothers styles, but less experimental and a touch cheesy in some of the jazz breaks. The song in "Stranger Blue" takes the sound Emergency territory.

After a change in style, and a shake-up in line-up, 7 years later they resurfaced as Kaleidoskop

At the crossroad of jazz and rock, with emphasis on the latter. Sax, flute and organ lead the solo parade (there are no less than 3 full time winds players). Some inventive compositions, and the progressive rock element comes out in the unison playing, which at times is complex. Occasionally I hear same period Missus Beastly, though Kaleidoskop are definitely more jazz oriented. Side 2 features a lengthy suite, utilizing Eastern scales, that is quite interesting. 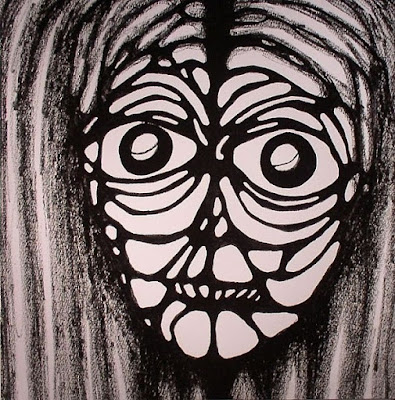 Seriously demented stuff, suitably subtitled "An attempt to record coincidence". About as experimental as it could get in the early 1970s, and not entirely listenable, although definitely interesting if only from the "how far could that kind of experimentation reach ?!" perspective. Layers of vocals, whirlpools of reverb - this is the album that either affects you in its special crazy spiritual way, or just leaves you in disgust. Every listen is different.

Pictured in all its tantalizing, eye-popping glory in Hans Pokora's 1001 Record Collector Dreams, this hellishly rare Austrian avant garde LP from 1972 is nothing short of astonishing. There are no instruments, but rather varying configurations of solo, duo and ensemble vocal improvisations, presumably informed by the aforementioned (and nearly impenetrable) code (or “charts”). Although this might be seen as part of an interesting continuum, this unique and prescient music will stun even the most astute followers of outsider art. Describe it, you say? Sweet Jesus! “Shape note singing for acidheads,” perhaps? From an avant-classical perspective, one might mention late 60's Penderecki as a possible reference point (along with Ligeti, or perhaps even Nono). In improvised music, the Spontaneous Music Ensemble’s larger workshop groups similarly feature masses of vocal sounds; comparisons with Alan Watts’ This Is It are as plausible as they are inevitable. Ultimately, though, nothing will quite prepare you for this LP. In fact, when an original copy landed at Nero’s Neptune headquarters, one notorious "outsider" label chief/collector extraordinaire's peni-meter became so perilously engorged that he nearly burst with envy, casting ridiculous offers of rare wax and unmentionable “favors” our way whilst begging to let him take over. In other words, we strongly recommend purchasing this limited reissue while you can and securing appropriate spiritual condiments for the trip. After all, you CAN be anyone this time around.
Posted by Unknown at 1:27:00 AM 3 comments: Links to this post 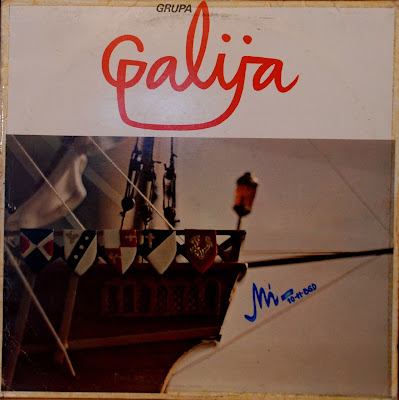 
Nenad Milosavljevic was a 1970s hippie-influenced singer/songwriter who also composed music for theater plays. In 1977, together with a group of backing musicians, formed GALIJA (Eng. "Galley") in his native town Nis (pronounced: "ni:sh", former Yugoslavia, presently Serbia and Montenegro), named after the coffee bar where they used to hang around. They were notorious for the frequent line-up change, so besides N. Milosavljevic more or less standard band members were: Predrag Milosavljevic (Nenad's brother) who wrote most of the lyrics in the early phase and sang backing vocals, drummer Boban Pavlovic and bass player Zoran Radosavljevic. In the later phase, Radoman Kanjevac contributed with concepts and lyrics, Bratislav Zlatkovic with keyboards and flute playing along with composing, while Nenad also frequently engaged guest musicians, particularly keyboard and guitar players. In the early 1980s GALIJA was among the most popular bands in ex-Yugoslavia. It can be attributed to the sophisticated (although sometimes not too original) and "theatrical" prog rock songs, while their concerts showcased a somewhat "Baroque" and pirate look/galley outfit, along with Nenad imitating the stage movements of Ian Anderson of JETHRO TULL (only instead of flute Nenad occasionally played harmonica). They used to spend summers on the Adriatic Coast, with the town of Makarska (presently Croatia) being a sort of GALIJA fans pilgrimage site with free open-air gigs. From the mid-1980s onward, the band shifted musical direction towards more polished (and less "rocking") art pop-rock with occasional fusion of the Balkan folk themes and frequent use of celebrated South Slav poetry for the song lyrics. The band gained bad reputation when at one time in mid-1990s they collaborated with the autocratic Serbian regime, playing in support of the Establishment ideology. During their career GALIJA remained loyal to the state-owned music label PGP. They are still active in the new millenium and occasionally release albums of the more "mainstream" sound.

First three albums - "Grupa Galija" (often referred to as "Prva plovidba" although such title is missing from the cover!), "Druga plovidba" and "Ipak verujem u sebe" - are generally considered to be the best, given their symphonic prog sound, with characteristic interplay between acoustic and electric passages, atmospheric keyboards, strong and expressive vocals of Milosavljevic brothers and themes filled with romanticism and fairy tale-like lyrics. Obvious influences to the GALIJA music were CAMEL, GENESIS and JETHRO TULL on the prog side, but also THE ROLLING STONES on their rock side (blues-sounding harmonica!). These albums, although not so strong as some other ex-Yugoslavian bands of the era, are recommended listen for prog lovers. The first two albums are released under the name "GRUPA GALIJA", while from the third on they dropped "Grupa" from the name. 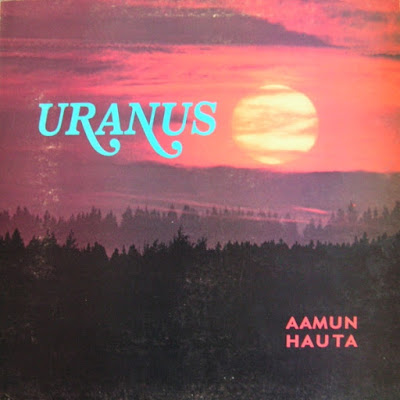 Uranus cut their album Aamun hauta in 1975 for the BASF label, the same label that gave us Kummitus, and Lucjan Czaplicki flute, sax, harmonica who guested on Kummitus Kahdet kasvot LP was a member of Uranus.
The other musicians were Eero Lyttinen on trumpet, Eero Raivio on guitar and vocals, Jari Unha on drums, Pertti Hurmalainen on bass and Edward Stytz on vocals and piano.
The music surprised me by being pretty good for Finnish 1970 s standards funk rock. Cover material includes Stevie Wonder s Living in the City , Otis Redding s Sittin on the Dock of the Bay and a personal favourite of mine, Kokomo s I Can Understand It , which Uranus treat respectably well despite Polish ? -born Stytz s lead vocals, which sound very slightly sped up on all the songs he sings. His pronounciation of the Finnish language isn t great, as an accent is clearly audible, but it s serviceable.
The inner sleeve is half-filled with quite insane ramblings about not very much in particular,
except for frequent remarks like URANUS shines... URANUS was the harmony... and the One and Only was URANUS... and URANUS shone... because in the beginning there was URANUS. And the World lives the age of URANUS. At last, said the Admiral
Definitely a worthy record to add to your collection, and one that should be re-discovered by this
digital age.