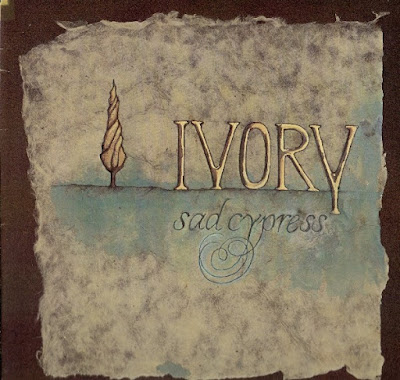 
Ivory were a unique band in the sense of being led by a 65 years old musician.It was Ulrich Sommerlatte, a composer born in 1914 in Berlin, who was the conductor of the Hannover Symphony Orchestra at the very young age of 22.Sommerlatte worked for the most of his career as a composer for film soundtracks and radio broadcasts, before listening to Classic 70's Prog and started experimenting with its sound.He formed Ivory in 1976 along with his son, also keyboardist, Tomas.Ivory featured also Christian Mayer on vocals/guitars, Goddie Daum also on guitars, bassist Charly Stechl and Fredrik Rittmüller behind the drum kit.Their debut ''Sad cypress'' was released in 1979 on Jupiter Records.

''Sad cypress'' was no less than excellent, attractive and clever 70's influenced Symphonic Rock in the vein of GENESIS and YES with dominant keyboard and guitar parts and great instrumental passages.Both the long and short tracks are complex, melodic and balanced with some beautiful organ runs and magnificent moog synthesizers workouts, while Mayer and Daum have both a sensitive HACKETT-ian touch on their guitars.Mayer was also responsible for the nice vocal work in the style of PETER GABRIEL.Lots of smooth interplays, plenty of dramatic instrumental passages, dreamy keyboard atmospheres, intense lyricism and series of sudden breaks guarantee a listening close to the best of the Classic Prog tradition.Hints of GENTLE GIANT's more accesible forms are also obvious throughout the listening.

Both Musea Records and Belle Antique have re-issued the album, which now features four bonus tracks recorded between 1983 and 1987.Sommerlatte seems not to have run out of interesting ideas with Ivory's style now being closer to the likes of British Neo Prog but still with an excellent demanding sound.The sound recalls acts like early IQ and ABEL GANZ, being a bit more synth-based with some Electronic touches here and there but deeply rooted in 70's progressive music with melodic guitar work, symphonic arrangements and warm, sensitive vocals.These tracks make the purchase of the CD format of the album really essential.

If you are after innovative, ground-breaking and trully experimental Prog just skip by. But if you are a fan of vintage GENESIS-influenced Progressive Rock and a lover of trully intricate arrangements this one deserves to reach your hands.Not very original music but definitely among the best albums of the style.
Posted by Unknown at 4:10:00 PM 1 comment: Links to this post 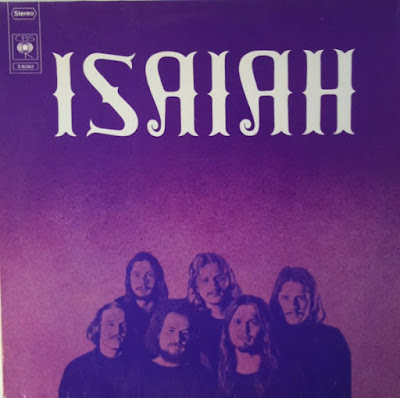 
A regular visitor asked me if I had this one, so here it is....
Funky Jazzy Progressive rock cult classic from Austria. But after a few listens the album revealed some magic.


adamus67:
The Tyrolean rock group ISAIAH, for whose name a poem by Leonard Cohen Pate has stood, was founded in the autumn 1971st All band members, all of them students had previously played in other local groups. For the first time in February 1972 in ISAIAH joined the Innsbruck city halls before the public, and this appearance made a consistently positive reviews. With their sophisticated rock band soon reached a relatively high level of awareness and was hired by such well-known groups such as Man and Nazareth for their Austria-tours. Called your 1975 published LP, simply called "Isaiah", counted certainly among the most remarkable domestic rock production seventies. The big break them remained but ultimately failed, despite all the praise. Head of the band was Gerd Raabe, both as a composer (with Edu Weber) and lyricist, as well as with his singing, was the international standards of justice, much certain the sound of the group. Wanted When the record company refused the shots for a second LP (the tape surfaced years ago and circulated under the name of "Forgotten Records" in fan circles) and Gerd Raabe as a solo artist and "Wolfgang Ambros-waste" market, this withdrew from the music scene back and now works as a successful dentist in Vienna!

Reissued by Digatone & released in autumn 2014. Isaiah's only album features a mix of progressive rock, blues and jazz elements. Led by the charismatic voice of flautist and guitarist Gert Raabe, the band counts as one of Austria's most versatile bands of the 1970's, often likened to Jethro Tull, YES and ELP. Together with the original album Digatone restored their demos for the previously unreleased second album, which were declined by their label at the time for being too weird. Today they sound superb and very worthy of release. The group disbanded 1977 when they left university but on September 27th 2014 the entire band met again for the first time to ASSIST with the launch of this reissue. Original copies of the album very rarely come up for sale these days and when they do command a considerable price. For the first time available: 2xLP + 2xCD Deluxe Reissue including their rare original album, an LP full of unreleased songs, liner notes & enhanced bonus material. Limited to 750 copies.