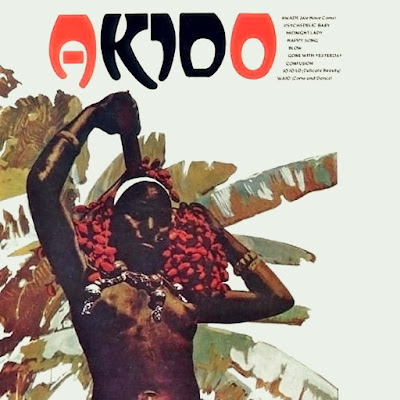 somewhere it says: "... When I first listened to this album, I started out on side 2 by chance. And this is why I didn’t get past much of the rest of the album. The first song on side 2, titled Gone With Yesterday, is frickin’ awesome. A definite future mix-tape centerpiece, a song blended of afro-beat, reggae, folk, and 70s soul. Has a haunting guitar in the background which sounds Indian or Egyptian that just keeps improvising and then cuts to a solo after the first vocal verse. And then keeps going until you’re totally feelin’ it. The music is strangely happy and positive although the vocals say, “Yesterday, you gave me happiness, happiness, that’s all I need, to get me happy, but Today, my happiness is gone, with yesterday, with yesterday, ohhh everything, with yesterday.” And then the next song continues this mood theme and goes off into a terrific all instrumental afro-funk jazzy jam (Hippies, you’d like this).

And the rest of side two is just kick-ass. I can’t go wrong if I’m deciding what to throw on and I choose this side. I can listen to a fantastic single and then jam the rest of the way through the record, djembes and everything. Psychedelic Afro-funk! Which is so good and I go to flip the record, but, strangely, side 1 is dissapointing. Because I expect it to be better than side 2, cuz it’s side 1 of this awesome record.

But it’s more subdued, less exciting, and the first song completely stops the pulse of the record so far (if listened to from side 2 first). It’s like an introduction to who they are, with a lame slow drum intro and then some music to kind of show us what we’re about to hear. And then the songs sound choppy and mixed up. They can’t decide if they want to make more songs like, Yesterday, or jam out like they do so well. The first two songs with vocals suck, and then they start jamming for a song, which sounds sweet. And then the next song goes to a half jam/half Yesterday, which sucks again. And the last song of side 1 is a chant, and kinda sucks too.

So I think if this album was contructed better and the actual concept was re-evaluated the album would be a classic in 70s Afro-funk. As it stands, side 2 is so good that the album is definitely still worth checking out."
Posted by Unknown at 1:32:00 AM 2 comments: Links to this post