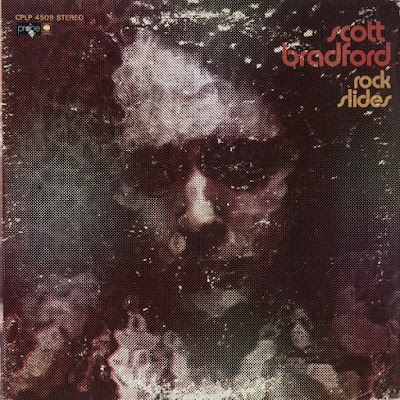 A lost album of funky jazz that features work by the great Nathan Davis! The combo's a hip rock-influenced one – mixing together acoustic funky jazz with a slight touch of electric bass, in a manner that's in keeping with some of the hipper jazz rock groups that were coming out of England and Germany at the end of the 60s. Scott Bradford's the leader of the group – and he plays piano, Hohner electric, and organ – and other players include Stu Martin on drums, Gunther Lenz on bass, Nathan Davis on tenor sax and flute, and Philip Catherine on occasional guest guitar solos. The tracks follow nicely in the messed-up vibe of some of the MPS groups of the time – with lots of chunky hard-hitting grooves, peppered with real jazz soloing, especially from Davis, who gets in some of the weirdest reed work of his career on the album!

This reissues a stupidly obscure, really quite good, early jazz/rock/kozmigroov album by an Englishman, which was recorded in Belgium and released only in the USA, and featuring great personnel. Now read on (dot dot dot).