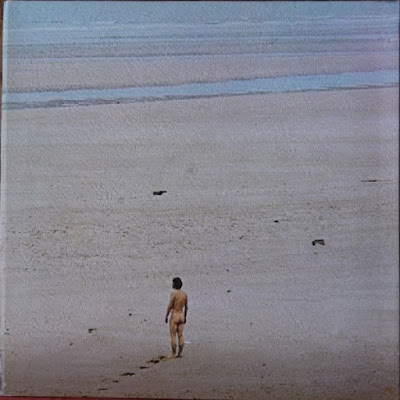 
The debut release from Finders Keepers Records, we present the seminal 1972 album from Serge Gainsbourg's right-hand man Jean-Claude Vannier. Recorded during the same sessions as Gainsbourg's highly acclaimed masterpiece "Melody Nelson" it follows in a similar avant-garde rock-opera vein. "L'Enfant Assasin Des Mouches" (The Child Fly-Killer) is a supernatural tale written by Gainsbourg depicting the journey of the young child travelling through a nightmarish "Fly Kingdom". Vannier narrates the story with sparse music concrete sounds coupled with choirs, funky beats, cowbells, wah-wah guitars and ethnic strings. Comparisons could be made with some of Frank Zappa's "Hot Rats" material and Alain Goraguer's creepy "Le Planet Sauvge".
Composer and producer Jean-Claude Vannier has spent much of the past few decades writing scores for French television and cinema, most of which have gone largely unheard outside Europe. Along the way he has also worked with pop artists such as Brigitte Fontaine and Françoise Hardy, but he remains most widely celebrated for his lavish arrangements on Serge Gainsbourg's classic jailbait concept album Histoire de Melody Nelson. Throughout his work, Vannier has displayed a fearless ambition to communicate a coherent narrative, primarily-- or even exclusively-- through his carefully programmed music. And never were Vannier's grandiose ambitions given freer reign than on his jawdropping 1972 solo debut L'Enfant Assasin des Mouches (The Child Assassin of the Flies). On this bizarre and astonishing album, which B-Music has now given its first official domestic release, Vannier uses every weapon in his considerable arsenal to craft a turbulent soundscape that deftly mirrors the endless commotion and confusion so peculiar to childhood.
Originally made available in only 100 promo copies, L'Enfant Assasin des Mouches has long been the stuff of legend amongst serious vinyl collectors, and it isn't difficult to hear why. In conducting the album's unruly pastiche, Vannier seems equal parts Van Dyke Parks and Carl Stalling, drawing impulsively upon multiple classical and soundtrack traditions, sleazy Euro-funk, Middle Eastern modalities, proggy hard rock, and what sounds like the full sound effects library of a large radio theater troupe. The piece's loose narrative structure is provided in the liner notes, written after the fact by Gainsbourg. This macabre little libretto-- which involves a young, fly-torturing child who receives his just desserts when lured down into the underground fly kingdom-- might be screwy enough to make Tommy read like Ibsen, but it does provide a suitably dramatic context for Vannier's violent, often jarring musical juxtapositions.
It seems a great understatement to say that L'Enfant Assasin des Mouches is exactly the sort of extravagant 1970s period piece that simply couldn't get produced today, even if someone had the studio resources and the sheer chutzpah to try. Without access to any of today's sampling technology, Vannier was forced to make all of his wild stylistic leaps in multi-tracked real time with real musicians-- employing a string quartet, the Jeunesse de France choir, a full horn section, and special effects ranging from billiard balls to a model helicopter. By using these live sound sources, Vannier was able to give the piece an impression of enhanced physical space and mass, as evident on the opening "L'Enfant La Mouche Et Les Allumettes" which shifts abruptly from an audio vérité intro of traffic and tolling church bells into a queasy, vertigo-inducing fog of reeds and roiling percussion.
Later, on the majestic "Danse Des Mouches Noires Gardes Du Roi", Vannier combines lush, Morricone-like orchestrations and jazz piano in a manner that suggests something of the child's ability to retreat unseen into the world of imagination, an effect further amplified by the playful calliope of "Danse De L'Enfant Et Du Roi Des Mouches". Soon, however, events take a darker cast on "Mort Du Roi Des Mouches", with the protagonist's unwholesome treachery effectively conveyed via the intrusion of raunchy wah-wah guitars and overcast prog-rock atmospherics. By contrast, the closing miniatures "Le Papier Tue-Enfant" and "Petite Agonie De L'Enfant Assassin" appear tranquil and practically organic. The flies in their kingdom have apparently chosen to celebrate their eventual victory by indulging in a brief interlude of flute and French café accordion, bringing the tumultuous album to a remarkably peaceful conclusion, as though the world has been returned to a more natural state of order in the child's absence.
The music on L'Enfant Assasin des Mouches can often seem so agitated and chaotic that it can become difficult to discern the figure of Vannier himself, unless the meticulously balanced discord can itself be taken to be his true signature. Occasionally the clouds do part enough to seemingly catch a recognizable glimpse of the artist, as when the choral passages of "Les Gardes Volent Au Secours Du Roi" provide a brief echo of Melody Nelson's "Cargo Culte". By and large, however, Vannier best expresses himself by drawing hidden links between outwardly incompatible musical vocabularies, a strategy later to be reflected in the syncretic concepts of artists like Matmos, dj/Rupture, or Matthew Herbert. That Vannier was able to do so with such a high degree of melodicism, manic invention, and a contagious sense of wonder seems just so much extra frosting.
Posted by Unknown at 8:41:00 AM 3 comments: Links to this post 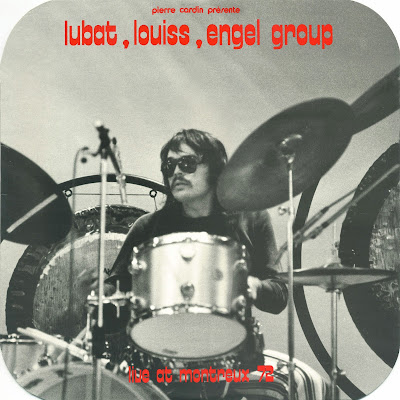 About an hour ago I made a remark here on the blog, of having lost this album years ago... and within minutes one of the regulars sent me a copy... Thank You so very much Bud!

A short lived but shit-hot jazz rock unit, this trio have quite the auspicious pedigree. Drummer Bernard Lubat's been a longtime fixture on the French jazz scene, whose tangential ties to the zeuhl school (manifest here via early Magma guitarist Claude Engel's involvement) are also evidenced on both the Laurent Petitgirard and Henri Gougaud LP's. Former Omega Plus acid rock vet Engel was a founding member of Magma and is prominently featured on both their first album and their amazing Univeria Zekt project and would go on to play in Troc and participate in Jean-Claude Vannier's L'Enfant Assassin Des Mouches, while keyboardist Eddy Louiss was a an old hand in the jazz world, working as a former sideman to Stan Getz and Kenny Clarke, though perhaps most significantly in the Humair/Louiss/Ponty trio. The magic engendered by these three is palpable; the scope of this live session ranging from the furiously charged to the vaporously abstract. Not to be missed.
Posted by Unknown at 8:17:00 AM 6 comments: Links to this post