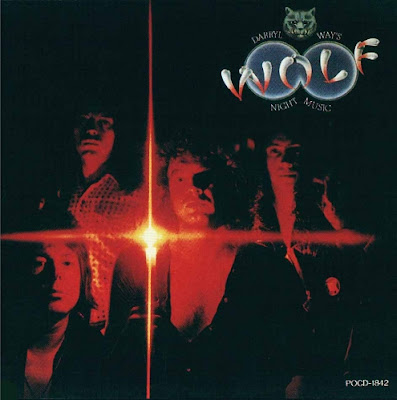 On their third (and alas last) album, John Hodkinson (ex-If) joined on vocals to produce very ripe and intelligent music. With the violin lead, it is in a mold similar to Curved Air but a slightly more refined style. Some of the musical interludes are similar to mid-period Caravan. A fusion style playing, great instrumentation and strong melodies.
Posted by Unknown at 7:28:00 PM 2 comments: Links to this post 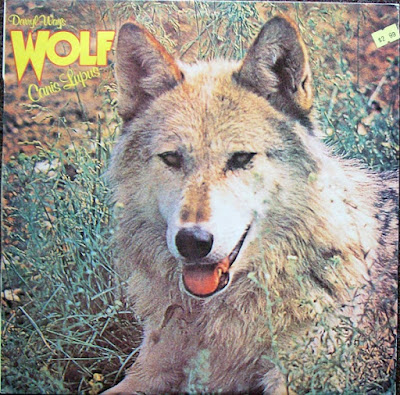 
Violinist Darryl Way left Curved Air earlier in 1973 to form Wolf and assembled a remarkable collection of talent: a young John Etheridge (of later Soft Machine) had his professional start here on guitar, while Ian Mosley (of later Trace and Marillion) had previously drummed for Walrus. Dek Messecar (of later Caravan) joined on bass and vocals, and King Crimson’s Ian McDonald produced the ensuing debut album.

The first side contains vocal numbers : “The Void” clicks along and “Isolation Waltz” gets down right heavy; there’s a slightly psychedelic and spooky feel they’re aiming at and ultimately achieve. 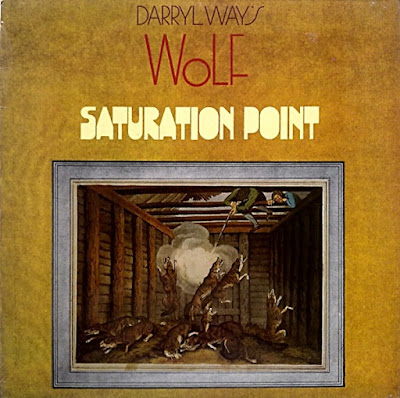 When a progressive rock band has violin and guitars in his music, usually they are not played at the same time. In fact, they are simultaneously played here, and this really contributes to give Wolf a very personal trademark.

Their second album is full of impressive violin, electric + acoustic guitars and dynamic & punchy bass! Drums are very well played and quite complex. Everything is very well synchronized, like Gentle Giant. The tracks are mainly instrumental and the keyboards are surprisingly rare, simple and discreet: they mostly consist of electric piano.

This record is heavier, more symphonic and straightforward than their first album, “Canis Lupus”: there are some very seriously loaded parts, very progressive and the violin is more omnipresent.
Posted by Unknown at 7:17:00 PM 1 comment: Links to this post