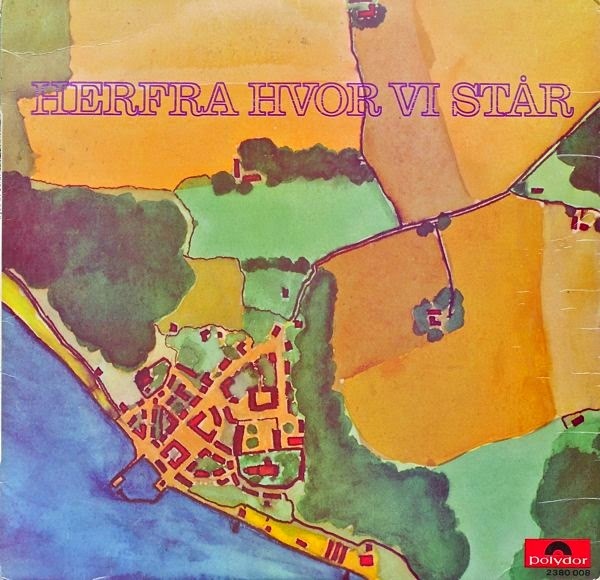 Danish folk-inspired duo working with a loose constellation of backing musicians throughout the 1970's. After the breakup of Young Flowers in early 1970 bass player Peter Ingemann started collaborating with folk singer Niels Skousen as a duo before establishing a full band. The folkish debut album, 1971's Herfra Hvor Vi Står is considered a milestone in Danish rock music history with it's unique Danish expression and became a catalysator to Danish rock mucicians writing lyrics in their own language. Early 1972 the recording and touring line-up evolved into Musikpatruljen, and then disbanded within a year. By summer 1975 Skousen and Ingemann played in the band of singer-songwriter Stig Møller, and the year after the threesome recorded Lykkehjulet, released in November. For their last album Forbryderalbum, released in October 1978, the duo assembled a whole new group of musicians. During the 1980's and 1990's they worked on and off playing live, as a duo or with backing musicians. In 1984 Ingemann and Møller participated to "concert of the year" in Denmark, organised by the Danish committee against the European Community, and contributed the 1971 single "EEC Blues" to the resulting live album (Årets Koncert). In May 2011 Skousen and Ingemann reunited to perform the entire album Herfra Hvor Vi Står at a live concert to commemorate its 40 years anniversary. Even thou I do not understand a word of what they say, I have always liked this album. Can't have enough of it!