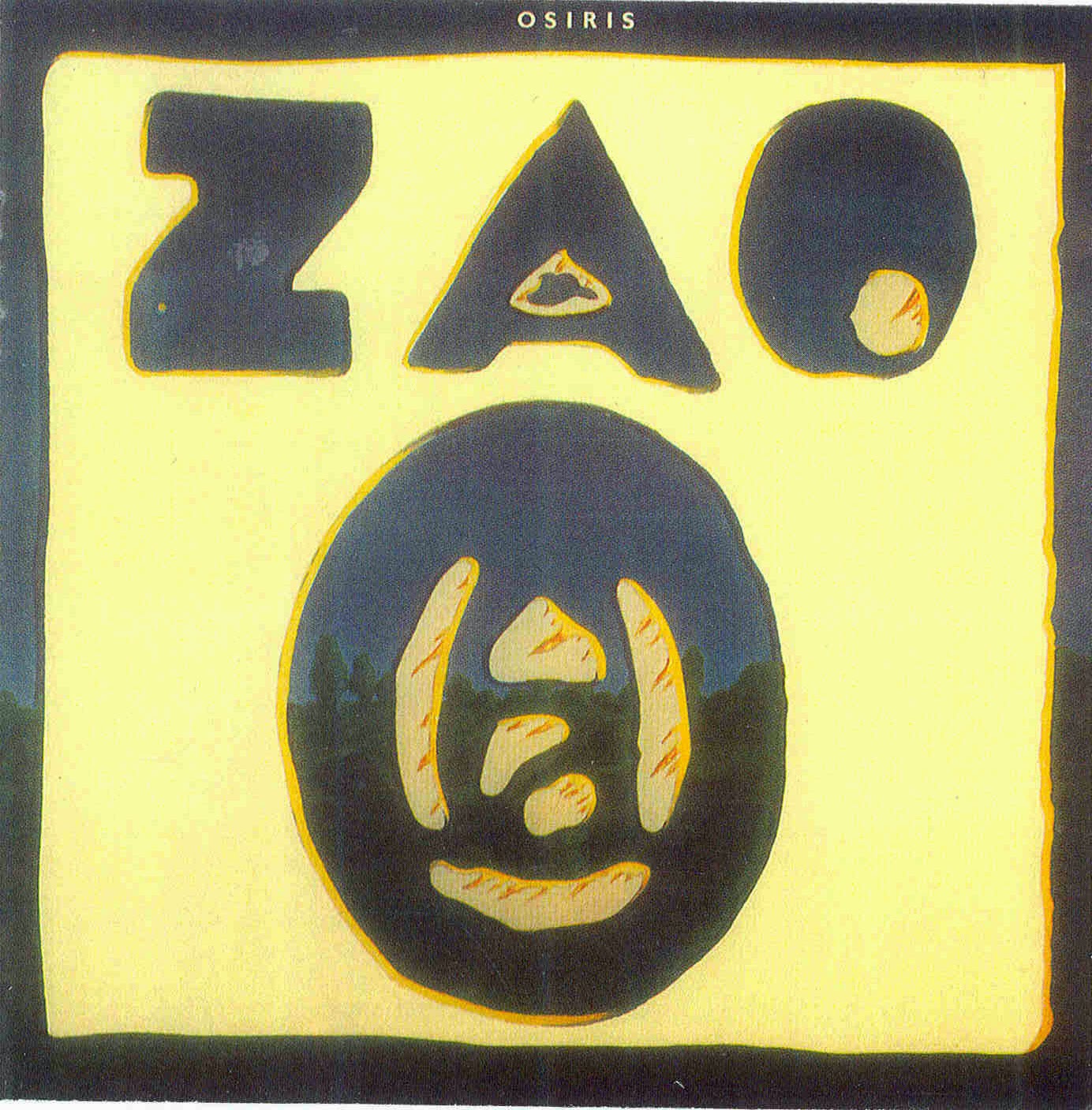 
On ZAO's second album they have lost the stunning vocals of Mauricia Platon who has left,leaving the vocal duties to Dugrenot (bass player) who sang the low notes, and Seffer who would sing the high notes. There would be two guest percussionists in their lineup as well, and Seffer would not be playing clarinet on this one, only sax. As their liner notes state, they did not wish to have "Osiris" released on a major label and so turned to a new label called "Disjuncta" which had been created by Richard Pinhas of HELDON fame. He was a friend of Cahen and a cousin of MAGMA's singer Stella Vander. Thanks to Pinhas' hard work "Osiris" outsold their debut "Z=7L". One year later the label went bankrupt unfortunately and "Osiris" was deleted. Thankyou "Musea" for reissueing this amazing recording.

"Shardaz" opens with drums and sax as vocal melodies come in. Violin after a minute as the tempo picks up. The vocal melodies are prominant much like what you would hear on some MAGMA records. Piano before 3 minutes, and the bass is nice and heavy that follows. "Isis" is pastoral for 1 1/2 minutes until we get some guitar melodies that come and go as warm sax melodies play on. The drums and sound are building, and the tempo picks up 6 minutes in. Great sound ! Violin arrives a minute later. A calm takes over (that reminds me of the intro) for the final minute of the song. What a ride that was. "Reinna" features drums, bass, piano and sax while Zeuhl-like vocals arrive a minute in causing the instrumental work to take a back seat temporarily. Some great drumming and sax work follows. Piano and violin join in and we are cooking now ! Percussion too as this is quite jazzy.

"Yog" features deep vocals and piano that are contrasted with instrumental outbreaks. I love this stuff ! This is such a beautiful passage.The song takes off after 2 minutes with sax and vocal melodies taking center stage. It calms down 5 minutes in and check out the drumming after 6 minutes ! Vocal melodies end the song. "La Rhune" is a very good song with bass, percussion, drums and piano leading off before sax comes in followed by violin after 3 minutes. The bonus track is a live song that Seffer and Cahen recorded with members from Quebec artist Robert Charlebois' band who showed a great deal of interest in ZAO, and actually recorded three tracks with Seffer and Cahen in 1973. This one is called "Montreal" and it's truly an amazing live Zeuhl song at almost 12 minutes. Guest female vocals along with relentless bass and drums. Seffer especially stands out with his sax work. Cahen is incredible on the keys as well.

This is not as challenging as their debut was, but it's not inferior either. These guys (Cahen & Seffer) were a big part of MAGMA's early sound and also composed a lot of their music then as well. "Osiris" is a feast that is as satisfying for me as their debut.