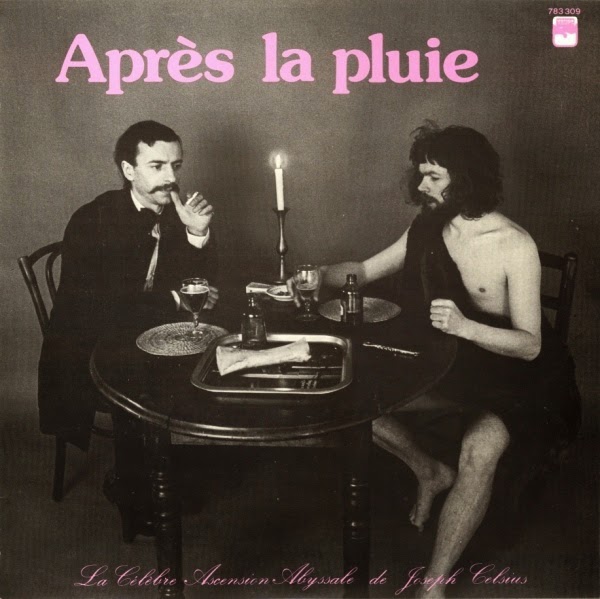 
Roger LOMBARDOT, well known for having written the lyrics of one track ("Dignite") of ANGE's first album, wrote this album's lyrics. Here he makes a come back with a line up from Ardeche, signing the lyrics on this album which is halfway between political songs and theatrical rock with texts in the same vein as ANGE or MONA LISA.

Apparently this album is a full story represented in song. As such, it can be unbearably vocal heavy. Lead and sung by Roger Lombardot, the album on the surface at least, has some resemblance to Ange or Mona Lisa or perhaps even La Saga de Ragnar Lodbrock. In fact he wrote the lyrics for at least one Ange track, so the comparison is more than cursory. But the lack of instrumental breaks takes away any chance that non-French speakers will come out with anything but a Parisian Sunday-Morning-Comic-Book reading. Strangely enough, there is some mellotron interspersed that might endure the odd specialist to the album. 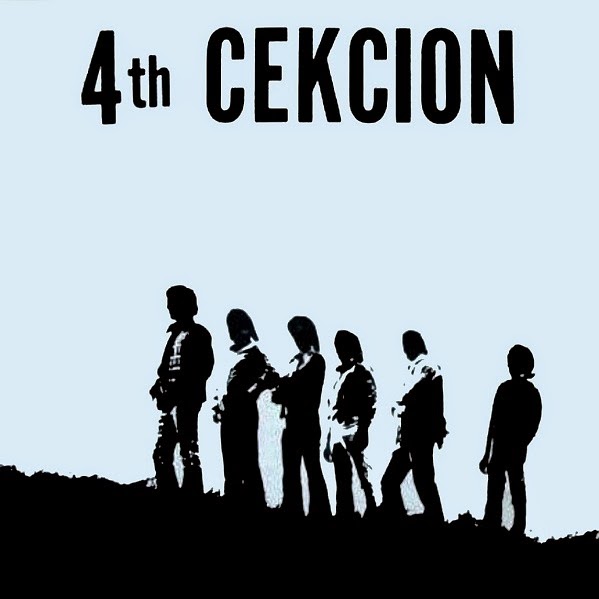 
To be honest, the only reason I picked this one up was that I vaguely remembered seeing the cover in one of Hans Pokora's "Record Collector Dreams" books and it was exceptionally cheap.

Curiously, there's virtually nothing to be found on the web about this Texas-based sextet.  From the liner notes on their sole self-titled LP I can tell you that the band line up consisted of drummer Louie Broussard, woodwind player Richard Cantu, singer/keyboardist Greg Isaacs, bassist Mike St. Clair, lead guitarist and brass player Stewart Rojo.  Released by the small Bellaire, Texas-based Solar Recording Corporation, 1970's "4th Cekcion" was produced by Fred Carroll.

So what's this rarity actually sound like?  Well, the one on-line review I found labeled it as 'lounge bar band' which for the most part wasn't a particularly appropriate description.  Credited with writing all 11 tracks, singer Isaacs seemed to be somewhat of a musical chameleon churning out material that haphazardly bounced between genres.  The opener 'Changeable Woman' offered up a slice of BS&T-styled horn rock, the ballad 'Open Your Eyes' showcased some mildly psych-ish moves, 'Betsy Lee' sported blue eyed soul moves, etc.  As lead singer he was also somewhat of a chameleon.  His performances were all quite good, though in an anonymous advertising jingle fashion.  Admittedly the set wasn't perfect with 'You Girl Blues (South of Chicago)' and 'How I Feel' sporting top-40 sheen, coupled with an annoying jazzy horn arrangements  (shades of Chicago).  While nothing here was particularly original or life changing, the results were never less than enjoyable with a couple of numbers including 'Betsy Lee' and 'Find Yourself Another Way' worth multiple spins.  As for the horns; with the exceptions noted above they weren't particularly obtrusive.

A couple of the members seem to have remained active in the Texas music scene, reappearing in groups like 5 Easy Pieces and The Funk Factory.