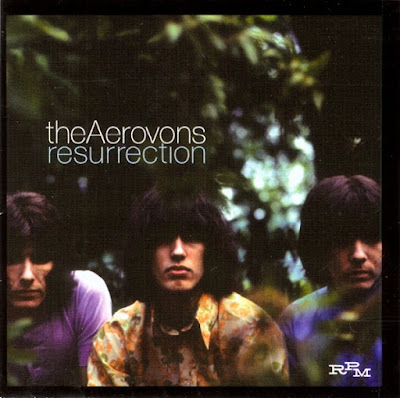 The Aerovons were formed in 1966 in St Louis, Missouri by Tom Hartman. A 1967 demo record was heard by a representative of Capitol Records. In spite of an offer to record in Los Angeles, the group held out hope that they could record in London, the recording home of their heroes, The Beatles. In 1968 they travelled to London twice, receiving offers from both EMI and Decca. In 1969, the band returned to London and recorded an album at Abbey Road  studio. Guitarist Bob Frank, a long time member of the group, left the group just before they went to London to record, due to personal issues. Despite blogs and rumors to the contrary, Bob was never "let go" and was always missed, according to leader Tom Hartman. Only once in England did the band realized that his replacement, Phil Edholm, and the group had differences that proved insurmountable. He left shortly after they began recording.

Once the album was finished, the band returned to St. Louis where more personal problems between a group member and his family caused the group to splinter. EMI decided not to release the album. EMI invited Tom Hartman to come to England and reload, so to speak, but Hartman felt moving to England was too great a step at his age, and the partnership with EMI was dissolved. The album was not released until a CD release in 2003 by RPM.
Posted by Unknown at 12:00:00 PM

Email ThisBlogThis!Share to TwitterShare to FacebookShare to Pinterest
Labels: The Aerovons, USA