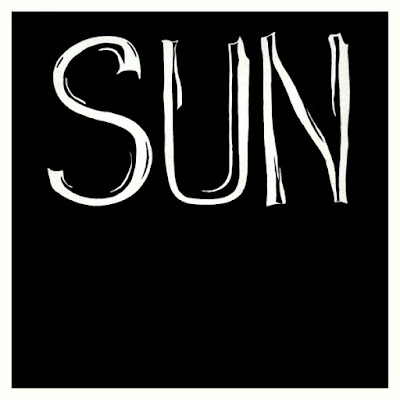 
Sun from Hettenleidelheim near Eisenberg in the Palatinate were founded under the name of Punished Sun in 1969 and shortened their name to Sun in 1974. They played progressive rock with slight Zappa and jazz influences; the singing, however, is in parts a bit silly. In that very year of 1974 they filled with two long tracks a whole side of the double LP 'Proton 1' (Kerston FK 65017), on which also the bands Zyma, Andorra, Penicillin, and Nexus are to be heard. In 1980, Sun finally released their first own LP which contained exclusively self- written tracks, in an edition of 1000 copies. The brimful CD at hand contains this complete LP, drawn from the master tapes, and as bonus tracks the two Proton tracks 'Leisure' and 'To Celia', two as yet unreleased pieces from rehearsals as well as two later studio recordings, also unreleased as yet.
For a private pressing (and it's one hell of a private pressing - black cover with just the word SUN on it, blank white label, number S.U.N. 001!), this is an amazingly instrumentally advanced record - heavy guitars, winds and violin all join into the whirpool of sounds. In terms of style this is a compelling hybrid of underground krautrock and jazz-rock/fusion, with predominantly instrumental tracks and lots of jazzy soloing alongside heavy riffs. Reminds me of the bands such as Eiliff, Thirsty Moon or maybe Missing Link.
Posted by Unknown at 2:03:00 PM