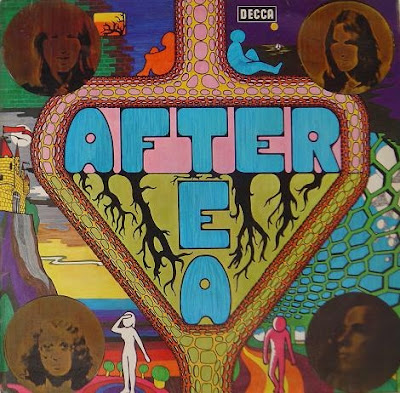 
After Tea was founded in 1967 by Hans van Eyck and Polle Eduard, both ex-members of the Tee Set. The group produced three moderate hits in 1967-1968: "Not Just A Flower In Your Hair", "We Will Be There After Tea" and "Snowflakes on Amsterdam". The most important composer Hans van Eyck left shortly after the recordings of the first LP, "National Disaster" and subsequently rejoined the Tee Set.
Martin Hage was next to leave, replaced firstly by Pierre van der Linden (later to Focus, Trace), and later by Ilja Gort. In 1969, German keyboard player Uly Grun joined the group. That same year, Ray Fenwick departed for a solo career. He later returned to England to rejoin his 60s bandmates the Spencer Davis Group. He was replaced by ex-Baroques guitarist Ferry Lever. In 1971, the group finally split up. However, just four years later, Polle Eduard, Ferry Lever and Ilja Gort reunited once again to record the single, "Mexico", under the After Tea monicker. Polle Eduard continued his career as songwriter by penning a few for Nico Haak, and subsequently recorded an album of Dutch songs one year later, in 1976. Ilja Gort worked as a producer for Basart.
Posted by Unknown at 5:33:00 PM