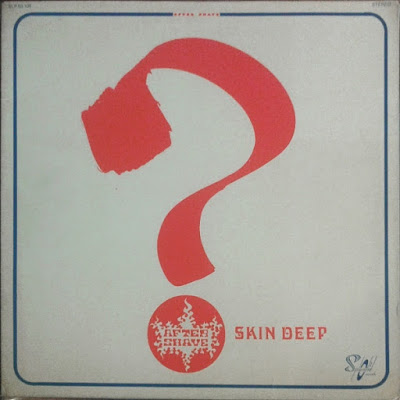 
The group was produced in May 1968, in Bienne, by Pierre-Alain Kessi (Pakman) (guitar and vocal) and André (Dédé) Pascal (drums), reinforced by Bruno Zuest (vocal) (future father of “QL”s bassist) and by “Noldi” (bass guitar). One of its first gig consisted in the featuring, in Spring 68, into a pop contest organized by a Zurich magazine. Disqualified without glory with this commentary : “the group might be good if the guitarist did not use so much distortion…”. Nevertheless, the group carried on playing the blues out of the repertoires of Cream, Hendrix, Mayall, Led Zeppelin and Deep Purple. A first single was recorded but never marketed (Look for a woman), because the group had run out of money. After different changes of line up, the group consisted in a trio in 1970, following the withdrawal of lead singer and bass guitarist, this last one being replaced by Jean-Claude Fontana (Cacou). With this new formation, the group won the famous first price in Golf Drouot in Paris in November 1970. In December 1970, Dédé decided to quit the group and was replaced by the late and regretted Rodolphe (Jötu) Baumgartner. Between 1971 and 1974 After Shave became famous, creating their own legend and repertoire. They begun touring in Switzerland, France and Germany, and experienced their first LP called “Skin Deep”. This album is now being gloriously praised in “Hard rock anthology 1968-1980” by Denis Meyer, Editions Enfer Magazine, as well as in the “Encyclopédie du hard rock des seventies” of Denis Protat, Editions Alternatives. Those two specialists repertory more than one thousand groups and records. After Shave also produced two singles. The group took on a new English singer named Barry James Brown, and a new bass guitarist, Silvano “Gugus” Paroni replaced Cacou.
At that time, Pierre-Alain Kessi and his drummer Jötu had the great honour to accompany Champion Jack Dupree on his last Swiss tour. After Shave recorded in 1974 a new LP called “Strange Feelings”, accompanied by a second guirarist, Peter “Misteli” Mischler, in a studio proposed by the producers in Antibes. Unfortunately, the producers not having ever paid the bill, the tapes were impounded and reappeared at the beginning of the 90’s with an Italian pirater edition, mentioning other name and titles of the pieces. Copies of the original mixing still being in Pierre-Alain Kessi’s possession, a new production can still be envisaged. At the beginning of 1975, After Shave recorded a demo with two titles : “So you’r gone away” and “Ain’t ready for you yet” that draw EMI’s attention, in England, who was ready to sign the group, as long as they changed their name. So After Shave became Slick. The contract would nevertheless not being signed, being cancelled by EMI’s directors who had just hit the jackpot with Ten CC’s “I’m not in love”, this last piece sounding like “So you gona way”. It seems not to be such a good idea to compete with oneself! Exit After Shave, exit Slick! Everybody was back again to its first occupations (from www.aftershave.ch).
Posted by Unknown at 5:40:00 PM

Email ThisBlogThis!Share to TwitterShare to FacebookShare to Pinterest
Labels: After Shave, Switzerland