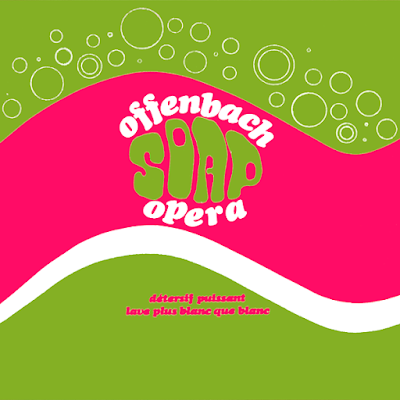 
Offenbach emerged in 1970 from the transformation of various bands throughout the 60?s, the last being "LES GANTS BLANCS" lead by the Boulet brothers who were then inspired by the psychedelia of the times and artists like Deep Purple and Led Zeppelin. The lineup is then comprised of Gerry Boulet (keyboard & vocals), Jean Johnny Gravel (guitars), Michel "Willie" Lamothe Jr (bass) and Denis Boulet, who left the band after the first record to be replaced on drums by Roger (Wézo) Belval. That year they meet with musician, poet and filmmaker Pierre Harel whom they integrated to the band as singer and author, and would then release the soundtrack to his movie "Bulldozer" in 1973.

The first LP came in 1971, "Offenbach Soap Opera" and became one of the first "rock" albums with songs in French coming out of Quebec. But with scarce success, the band searching for a way to gain attention, Pierre Harel proposes they present a "Mass for the Dead" at the St-Joseph Oratory in Montreal. The project is surprisingly accepted by the religious authorities and the Mass is presented November 30th 1972, attracting 5000 people to an eclectic performance of rock mixed with liturgical Gregorian chants recorded on a 16 track and released in 1973 as "Saint-Chrône-de-Néant". They spent most of the next couple of years in France touring and filming a documentary of the band called "Tabarnac", also released as a double LP with a certain success. Pierre Harel then left the band and OFFENBACH came back to Québec to find a new French music scene dominated by bands like HARMONIUM and BEAU DOMMAGE. The following albums grow more and more mainstream, although their sound can be likened to fellow Quebecois group OCTOBRE in La Maudite Machine.

In 1976 they released their first LP completely in English "Never Too Tender". After a few more lineup changes and 2 more albums in French they won a Felix Award in 1979 for best rock album of the year with "Traversion" and were joined by the Vic Vogel Big Band the same year for a tour of Québec from which the Theatre St-Denis performance was recorded and issued the next year as "Offenbach En Fusion". In 1980 they were subsequently awarded 3 more Felix Awards, for best rock album, best group of the year and best show for being the first Québecois band to headline the Montreal Forum.