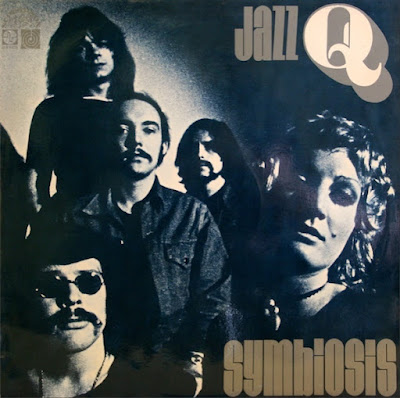 If you ever heard Jazz Q split album with Blue Effect (where they are more free jazz part, balanced with bluesy jazz rock by Blue Effect ), you will be surprised from very first sounds of this album. First of all, band have female vocalist now ( Joan Duggan), and then they play totally different music there.

Joan's vocals are in the key of Nico, with similar timbres, just stronger. Music on this album is keyboards-dominated jazz rock, influenced by Brian Auger, with often jazzy drumming and great Frantiek Francl guitar solos over it. Music is very bluesy, far not so complex and experimental as on band's split debut.

Excellent jazzy musicianship in combination with light psychodelia of Joan's vocals and perfect guitar work bring this album on forefront of similar albums ( in fact this release could be placed at the same level with best Auger/Driscoll releases).

Best album of one of the best Czech jazz fusion bands from early 70-s. Very recommended!
Posted by Unknown at 8:58:00 PM