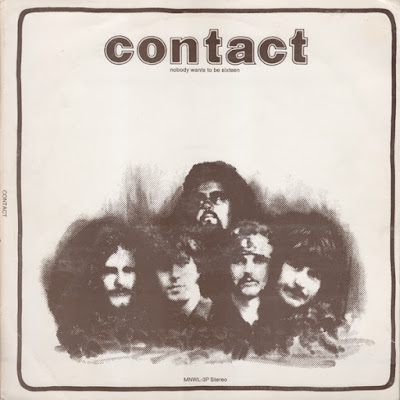 The group had existed under different names and settings in Stockholm since 1963. Later in the seventies they got a breakthrough in Scandinavia using a mix of left-wing prog and folk music, all sung in Swedish. This debute is surprisingly different - mild garage prog/psych with a cozy feeling and English vocals. I was amazed by the total lack of conformity with their later work till I saw who produced - Kim Fowley. Apparently the US producer spent time in Sweden and took part in a few early productions for the independent MNW label. In this case he engaged them into using English lyrics to enable an international carreer for the group. However after recording the big plans were dropped and the LP released in Sweden only - where it didn't sell at all. Apart from studio work Fowley contributed one track, co-wrote two and helped translating lyrics into English. So here's a bunch of Swedes making their first album in a primitive studio, led and handeled by one of the most eclectic US producers. A strange alloy and it doesn't sound like anything else. Maybe not all beauty, but attractive in its own way.