A Foot in Coldwater - 1973 - The Second Foot In Coldwater

A Foot in Coldwater
1973
The Second Foot In Coldwater 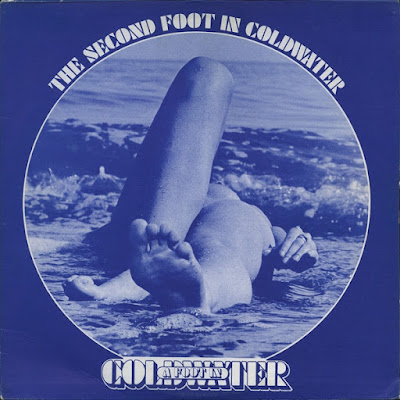 Every review for A Foot In Coldwater's LPs/CDs I write is going to be the same. I love these guys' music. It's rock & roll straight and honest, but the main thing about Foot is that their style is 100% uniquely their own . . . just as classic rock should be. You can tell it's Foot by the first chord of just about any song. A rolling freight train of thunderous Strat (courtesy of the late Paul Naumann), roaring Hammond B3, and a diversity of inflections, solos and songs that make the music of the Toronto scene in the early 1970s so memorable. Foot is among the best by far, and their fans are loyal to the end. Every AFIC release is worth owning, for fans of Canadian music and rock fans worldwide. Their 4th album (Breaking Through) isn't available on CD, but it's worth buying in vinyl for the $10 to $15 it fetches.

The band released A Second Foot In Cold Water the next year. Two singles were released, "Love Is Coming" and "Isn't Love Unkind", their second crack in the top 25 on Billboard. All Around Us hit the shelves in '73 and contained only 5 new songs, along with new versions of 4 tracks from the previous 2 lp's. "(Make Me Do) Anything You Want" hit the airwaves again and this time cracked Billboard's Top 10, as did the second time 'round for "Isn't Love Unkind".

More of the unique stylings of this group including the hit single"(Isn't Love Unkind) In My Life" and "Love Is Coming", both hits displayed this band's unique combination of power, subtlety and taste. The bands producer was reputed to have spent as much time as most artists spend recording their entire albums, on just the mixing of the first hit (In My Life) alone, Island Records in the UK signed the group on the strength of the one track "In My Life". The classical guitar intro to one of the heaviest tracks ever recorded in this country (Coming Is Love) is worth the price of the album though the lyrics to this and other cuts on the album were criticized for being sexist and too explicit.